I think I slept two hours, and that was this morning, between 5:30 and 7:30. Ugh. I feel like a total zombie, and I want to cancel everything I had planned for the day but I think I should push through it.

Anyway, I think I did okay at Yale! Not great, but okay. But I met some of the loveliest people. Thank you so much Jeffrey Douma for inviting me to participate, I had the best time. I guess it comes as no surprise that conductors have a lot of good qualities, it makes sense. They spend so much time immersed in great music and facilitating the experience of that music for other people. It does something to them. Something really good.

I found this picture from the Yale International Choral Festival on Facebook. That’s Donald Nally, Lone Larsen, Jean-Baptiste, and Francisco J. Nunez at the podium. Francisco Nunez is in New York, and is something of a big deal here. He’s the founder and director of the Young People’s Chorus of New York City (and he got a MacArthur fellowship in 2011). I spoke to him briefly and he was the sweetest guy. I wish he was my next door neighbor. 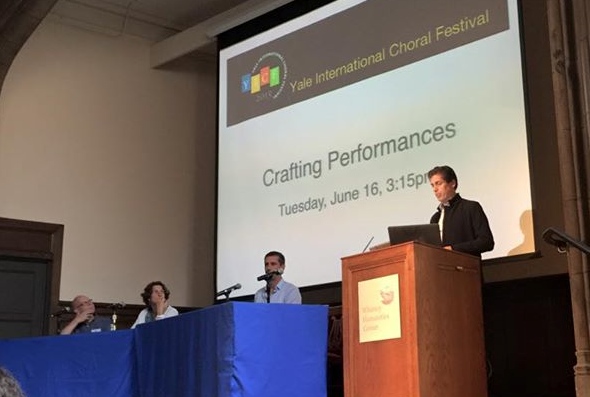 Thank you people in the Military!

In Search of Descendants of Julia Northall Bodstein