Wow. Wow, wow, wow. I should go to documentaries more often. I went to a screening of To Be Heard last night, a documentary about a writing program at a high school in the Bronx. When I walked over it felt a little like a homework assignment, but the filmmakers were better than that. It’s like some nonfiction books are a chore, but you read them anyway because you want to learn about the subject. But others are page turners, because the writers managed to make it a story instead of a lesson. This was a page turner.

I took this before the screening began, and that’s actually a still from a different movie. There’s a documentary film festival going on. In fact, they very nicely asked us to leave quickly after the Q&A so they could get ready for the next film. 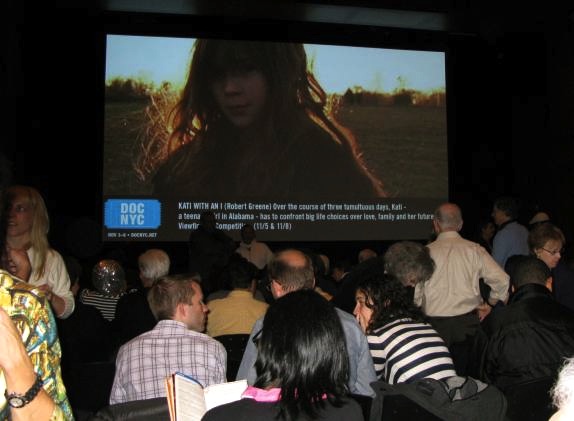 You guys are fired!

2 thoughts on “To Be Heard”