The tribute I wrote for Frank Smith that appeared in the program for our concert was an edited down version of my earlier post, basically. (I had to keep under a certain word count.)

A New York music critic once wrote, “In no other art are amateurs
privileged to enjoy the spiritual beauties of a creation in the degree
that music offers to choristers.” For Grace Church organist and
choirmaster Frank Smith that was an article of faith, and he
wanted to offer that privilege to the community outside the church.
After rebuilding the church choirs and overseeing the installation
of a new organ, he established a community chorus with this wife
Dilys, in 1974. You didn’t have to be a member of Grace Church
—all that was required was a love of music and the ability to sing.

When I showed up at the church almost a decade later for my
audition, I was taken to the music room. I was terrified, but Frank’s
calm and gentle nature helped, and I sang as best I could.
“Welcome to the Choral Society,” he said. Since that day, I haven’t
found the sorrow that couldn’t be at least somewhat alleviated, or
the joy that couldn’t be made even greater, by singing.

Frank Smith died peacefully on Oct. 12, 2010.
On behalf of all former and future members of
the Choral Society of Grace Church, thank you for the music, Frank. 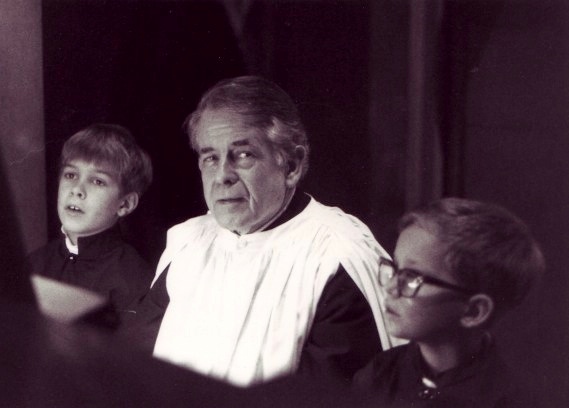