Something happened yesterday that almost makes me believe in fate. I’m struggling with this section about Frank Damrosch, who started something called the People’s Singing Classes in 1892, in order to teach music to working men and women in New York City. Then I remembered that last year, I did a lot of research into New York in 1892. I realized that all that research gives what Damrosch did context. It really shows why those singing classes were such great thing (it was a rough year for anyone who wasn’t rich in New York). And I picked 1892 more or less out of a hat! Woohoo!

Every once in a while I take pictures of the people crossing the street on the opposite side from me. It just amazes me how many millions of people whose lives I cross, people I will never meet, never get to know. 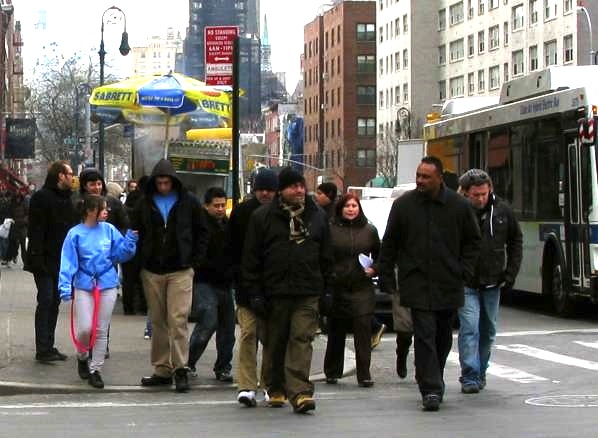 Bad News is in All Our Futures

I Wish the David Lang Story Was True