I recently got email announcing two animal protection bills that were recently passed in New York. From the email (and edited down):

Tethering an animal for a long period of time is not only cruel and unusual, but it’s also illegal now thanks to our new anti-tethering law (Intro. 425). Specifically, our new law prohibits anyone from chaining or otherwise tethering an animal outside for more than three straight hours during a twelve-hour period.

It also includes a number of other important protections, including a ban on the use of tethers that are too heavy and that can become entangled, and a requirement that tethered animals have access to food, shelter and water …

The additional $25.50 per license will be used to help support animal population control programs around the city.  The money will also be used to provide pet owner education, free and low-cost neutering, and other important veterinarian services to New Yorkers and their pets.
———

It’s icy out there. I can hear people scraping up the streets right now outside my window. I’m also experimenting with the “vignette” effect in Photo Studio. 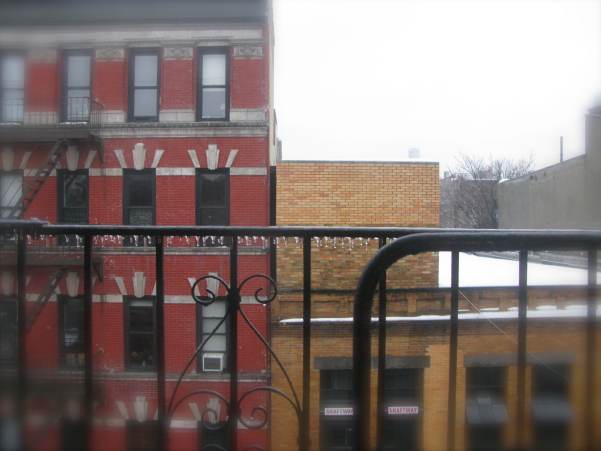 Skating Behind the Library