I stumbled on a wonderful movie yesterday called Paperhouse. It was strange, fantasy-dream-like, but dark, and I googled it afterwards. First, I didn’t realize it was as old as it is, it was made in 1988. Then I read that one of the two kids who starred in it never acted again, and the other committed suicide when he was 20. It was a particularly upsetting thing to hear after having just watched the ending of the movie.

The Wikipedia entry about what he was suffered from was vague. I’m guessing from this line that it was schizophrenia: “an acquired psychological illness in his late teens precluded him from continuing his acting career.” It’s just so sad.

UPDATE: I may have guessed wrong. From the Wikipedia entry for his second and last movie, Taxandria: “In the interim, Elliott Spiers, who portrayed Aimé Perel in the film, became gravely ill from the side-effects of an anti-Malaria inoculation, which caused a decline in his mental health. As a result, he was unable to complete the voice-dubbing required for his character and, consequently, the voice of Aimé Perel is that of another actor. On Saturday 15 January 1994, while a patient of the psychiatric department of the Royal Free Hospital in Hampstead, North London, Elliott Spiers took his own life[2]. It remains unknown whether his death was a premeditated act on his part, or a consequence of involuntary actions brought on by his mental ill-health[3].”

You have to look up to get the best architectural details. This is across the street from my temp job. 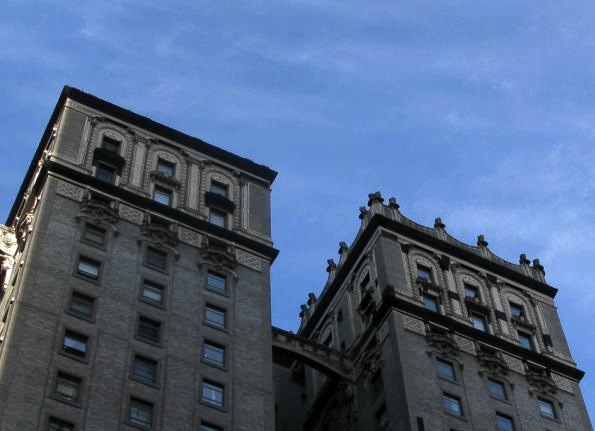 My Days at Duke

From My Roof With My New Camera

I Feel Sorry for Rats