When a building is torn down a fence goes up, blocking the view while they build whatever they’re going to build in that spot. I always look for a hole in the fence to see what’s back there. Obviously I was very influenced by The Secret Garden.

This is what I saw when I peeked through a fence yesterday, two guys just hanging out in the rubble. The one in the back is hard to see, he’s wearing black and he’s sitting in front of a black wall, but if I didn’t pull back you wouldn’t be able to see where they’re sitting in context. They’re nicely dressed, doing whatever they’re doing with their iphones, or whatever device they were holding. It was just a little odd. I was also jealous. There was something inviting about the spot. Maybe it was a throwback feeling to childhood. “Let’s build a fort!” 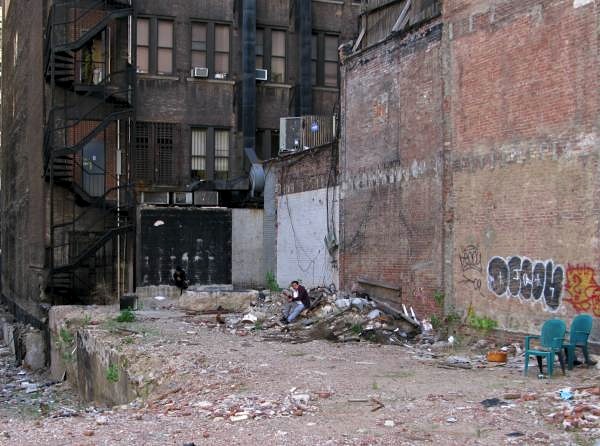