Last night’s Bones episode. Honestly, I’m not sure what it is, but I can’t take TV heartbreak like this anymore. The only thing I can think of is, I’ve exceeded my life’s allotment of sadness and just can’t take any more, even if it’s only tv. I won’t say more. I don’t want to spoil it for people who haven’t seen it, and for people who have, you know what I’m talking about. I know I’m insane. No need to point it out.

That said, the writers of that scene and the actors did a great job. I don’t know if there’s anyone left who is insisting that television can’t rise to the level of great art (anyone worth listening to) but last night was a terribly poignant expression of what is most difficult in life, saying goodbye to this, for all that sucks about it, saying goodbye to those we love, saying goodbye period. But still, don’t fucking do anything like that ever again everyone over there at Bones. Oh God. Remembering the character’s last words. Now I’m mad again. Yeah, I’m insane.

Look at the top of this building! What an enchanting place to live. 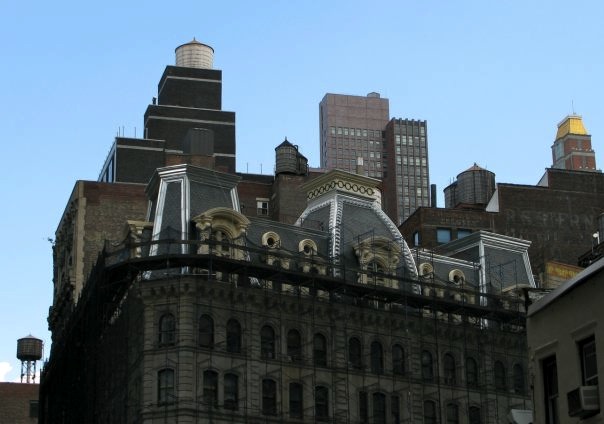 4 thoughts on “Bones, I love you but what am I going to do with you??”