I keep meaning to post a Buddy update. Buddy was diagnosed with lymphoma in January, 2010 and he is still with us. I actually suspect he had it for a lot longer.

Recently he stopped eating, and his diarrhea returned with a vengeance, and I thought this was it. We tried a few things and nothing worked, and for seven days I gave him injectable steroids, pepcid and an antibiotic. He got better, but when I stopped he went right back to not eating and the diarrhea started to slowly return.

Once again I thought this was it, but then the vet switched him from prednisone to prednisolone, and his appetite returned. I started going after the diarrhea with:

1 teaspoon of slipperly elm daily.
1/8 teaspoon of canned pumpkin with rice bran mixed in.
A pinch of l-glutamine, saccharomyces boulardii, Prozyme, Pet-Dophilus (given in pill pockets).
And I resumed monthly b12 injections.

The diarrhea was under control within days and he’s gaining weight again. So wow, Budd. You keep hanging in there. This could all turn around again, but for now he’s good. 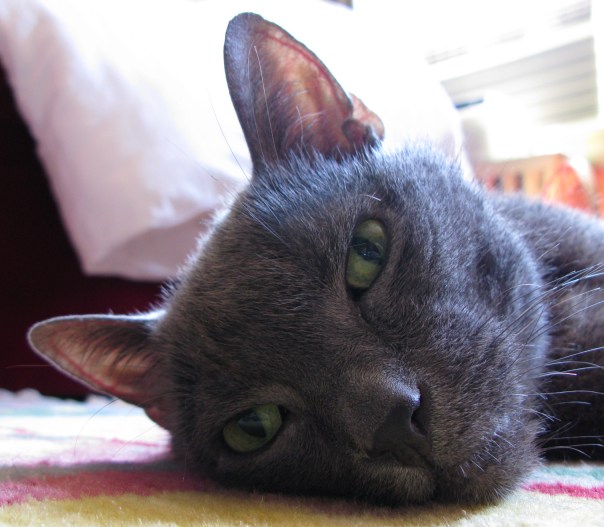