In September, 2008, I posted from an Open Letter to the American people signed by 61 Nobel laureates:

”During the administration of George W. Bush, vital parts of our country’s scientific enterprise have been damaged by stagnant or declining federal support.  The government’s scientific advisory process has been distorted by political considerations. As a result, our once dominant position in the scientific world has been shaken and our prosperity has been placed at risk. We have lost time critical for the development of new ways to provide energy, treat disease, reverse climate change, strengthen our security, and improve our economy.” [Boldface and italics mine]

I’d love to hear from those scientists about how Obama is doing with respect to science and the issues they raised. I don’t really follow politics now that someone who makes me feel safe is in office, and I know that the budget he proposes includes lots of cuts, but not to science (or less to science), but that’s about all I know.

Looking out my window last night while I was working on the couch. 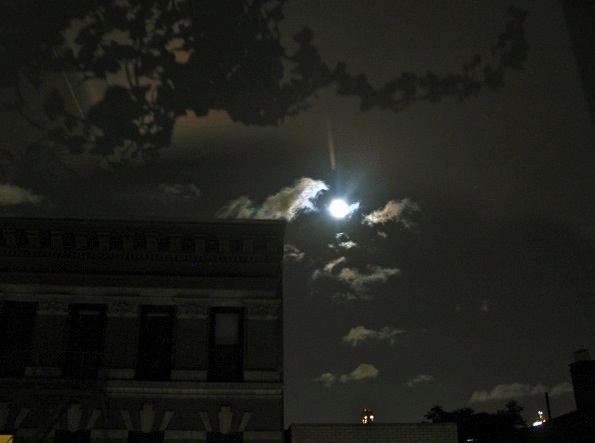 My So You Think You Can Dance Notes

Welcome to the World Inside My Head

3 thoughts on “We Need a Science Status Report”