We sang a number of pieces for a few hours, including a few I’d never heard or sung before and now love. They were: Thou Must Leave Thy Lowly Dwelling by Hector Berlioz, a piece called O Vos Omnes by Tomas Luis de Victoria, (who is becoming one of my favorite composers) and yet another beautiful Ubi Caritas, this time by a composer named Ola Gjeilo. Ohmygod, he’s only 33 years old! Jesus christ.

Here are the conductors and accompanists on the stage at the end. 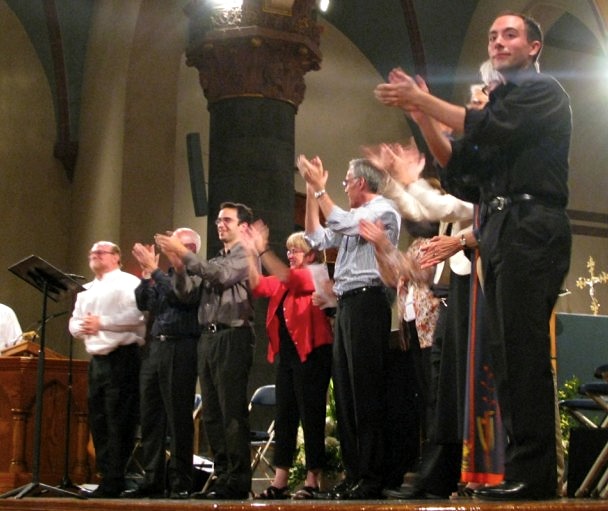 This is a shot of the crowd, but it’s only the middle section. There were more people to the left and right. You were given the choice to sit in your voice section, or in an area where the voices were all mixed up. I went with the mixed-up group, it’s more satisfying to sing among different voice parts. But it also meant I was in the very front row! It looks like all women but that’s because the tenor and basses were on the other side. 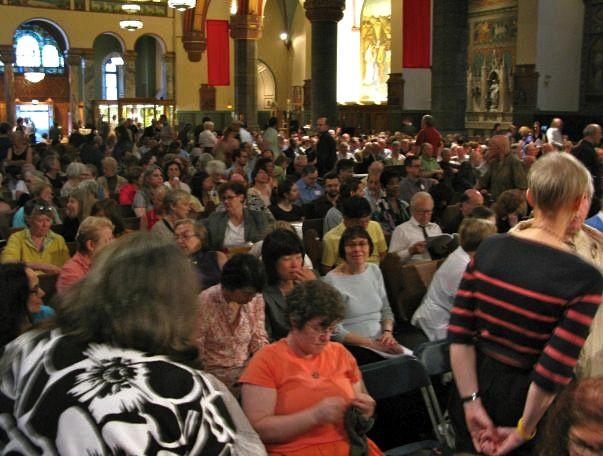