I have to run to a conference that my friend Steven thought I should go to and got me in to, but I wanted to quickly post that the Japanese edition of my book Unbelievable is about to come out!! I am so so so excited.

Sayaka Nakai, the most fabulous and wonderful translator, posted pictures on Facebook. Thank you so much Sayaka, and Mr. Izumi (the editor) and Mr. Matsuda (the book designer). I am very grateful for all the work and attention and care you put into my book. I am beyond happy and thrilled. And nervous too! (I hope people buy it and love it.) But my nervousness aside, thank you all, and Kinokuniya, very much!

Here is the really cool and sleek cover (I love the suggestion of the ESP cards, really smart) and .. 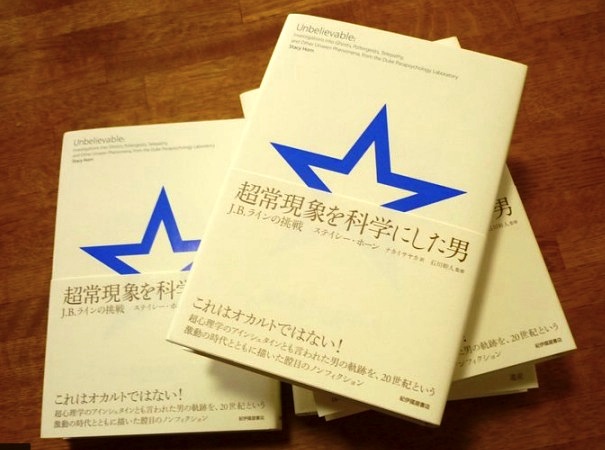 … a look inside! I love that they have photographs inside (the American edition did not). Woohoo!! 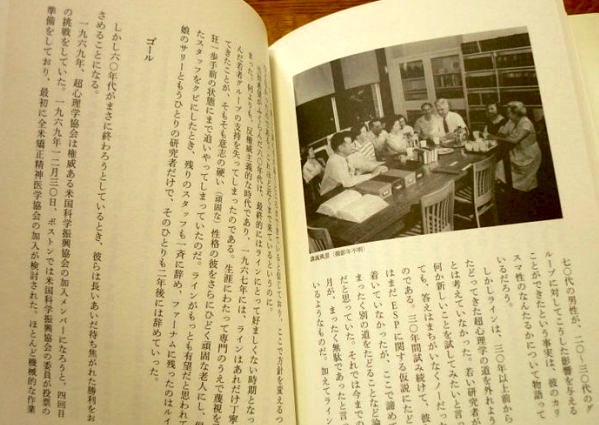 I just read a recent New York Magazine article about Anna Nicole Smith. I am not even particularly interested in Anna Nicole Smith, but something grabbed me and the article was so well done I couldn’t stop reading. The writer is just that kind of writer, and her story is can’t-look-away sad. 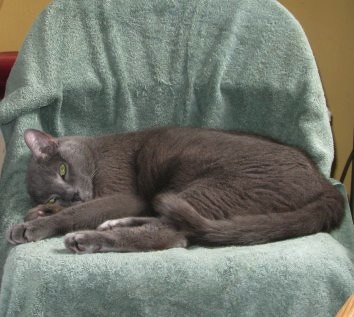 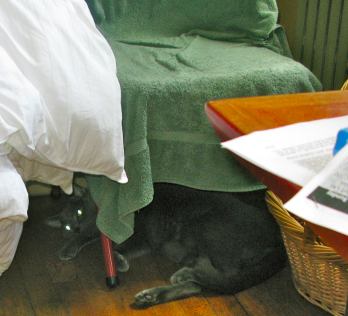 I wasn’t blown away, but I’ll give it more time. It’s the summer and I need aliens! (Must see Super 8.)

So I just get into swimming, and the city is shutting down the indoor pool on Wednesday and sometime after that (they are vague on the day) the outdoor pool will open to replace it for the summer. They also haven’t published a schedule yet for who swims when (family hours, adult hours, senior hours). I hope they remember to include Stacy hours.

Yet another store (the 700 million trillionth) is opening on Bleecker that I will never ever be able to afford to shop in. But I’m expecting great windows from you, Jimmy Choo store. Do not disappoint me. 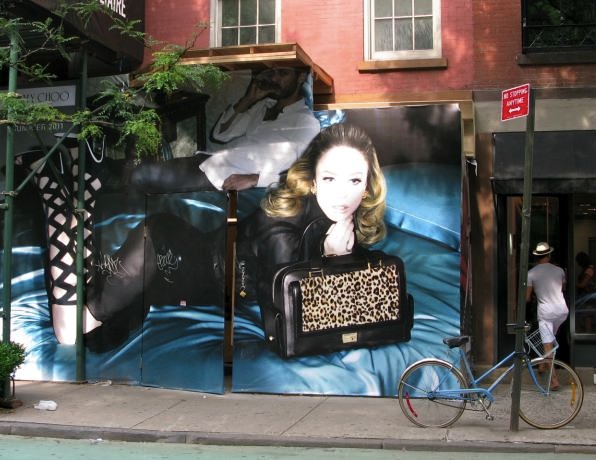 Here’s the Sarah Jessica Parkerette story I mentioned yesterday. When Sex and the City was in full swing, very young girl tourists would come to New York in their best approximations of a Carrie-type outfit. Because of the show this is what they imagined a sophisticated New York girl would wear. In reality, most New Yorkers would never dress like Carrie, although now and again Carrie had on a very cute top, and there were a few good dresses, more than a few towards the end, and other great pieces.

So the girls would have stood out just for trying, but on top of that they’d get it horribly wrong, and often they looked like very bad Halloween Carries. But it was touching. They’d do their best to act natural, to adopt “I’m from New York, I dress like this all the time, I’m just a girl out on the town” attitudes and those of us around them would never in a million years try to spoil their fun. We’d never stare, never ask them where they’re from. I remember one girl walking into a store in the most clownish Carrie outfit that we all almost gasped. It was remake of the outfit from the beginning, when she gets splashed by the bus. But we caught ourselves, didn’t say a word, did our best to pretend she was one of us. She was terribly young and no one wanted to embarrass her.

In case anyone thinks I’m being judgmental, I’m a jeans and tshirt girl mostly. I’m not a fashionista, although I love love love fashion, so I appreciate the people who are. They are walking works of art. The Carrie-girls were just young girls playing dress-up and they were achingly sweet.

Skaters along the Hudson River. 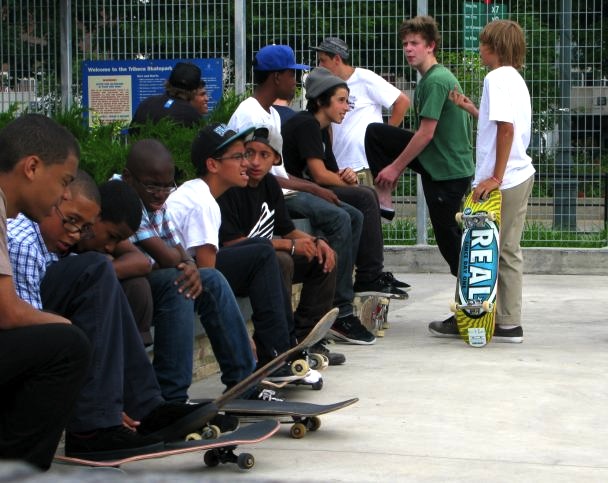 Not one of them was wearing a helmut, of course. 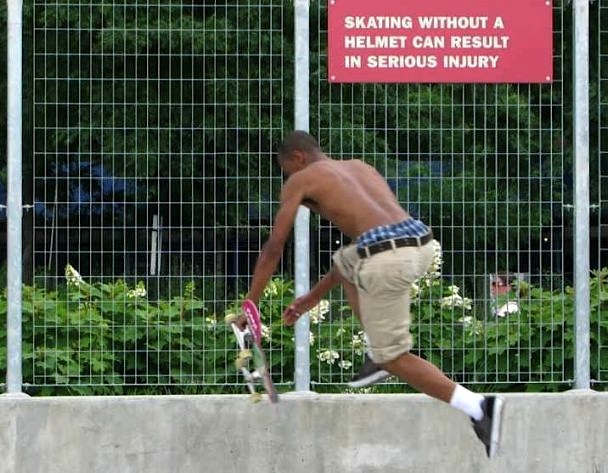 I’m taking a moment off from watching the movie Paul, (love it) to listen to birds outside my window. Before I forget, the blog software I use shows me what search terms people use that brings them to my blog.

There’s a new ferry that goes up and down the East River, stopping at various places in Brooklyn and Queens. It’s free for the first two weeks so I walked down to the pier to take a ride. Howard was supposed to meet me, but his bike got a flat. Didn’t matter. 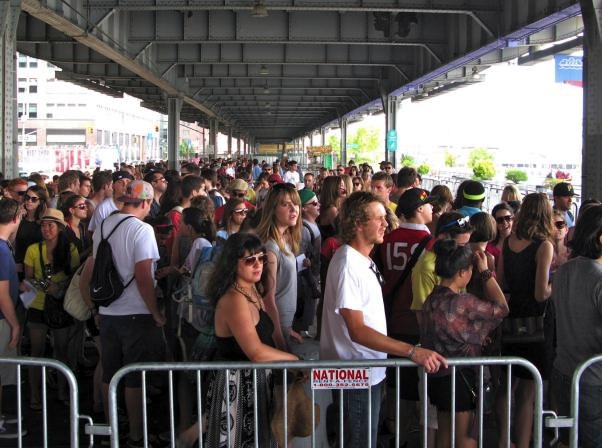 Some of the 700 million trillion to the right and … 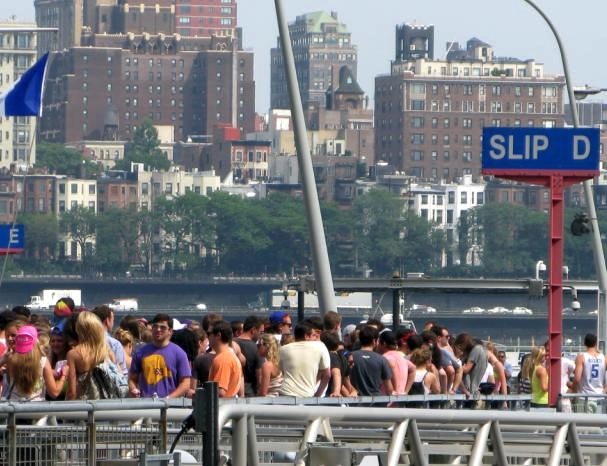 … a few of the people who must have waited for hours and will probably get on in another 20 minutes (a ferry had just left and they run every 20 minutes). That’s Sarah Jessica Parker on the left. Okay, no it’s not, but it kinda looks like her, doesn’t it? I have to remember to tell my Sarah Jessica Parkerettes story some day. 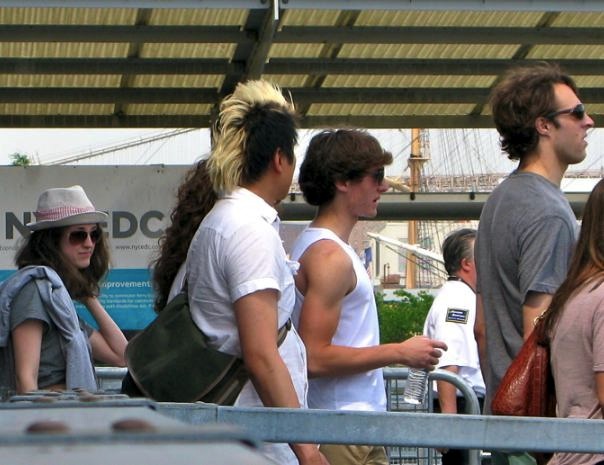