The title of Tadd’s dance for your life routine was “Send me home, I don’t care.” He didn’t put anything into it! But I can’t fault the decision to send Chris home, even though he was one of my favorites. I agree he just wasn’t doing as well in other styles. But, I love him so … SOB.

Ashley was also a favorite, and I don’t like Ryan, but I absolutely can’t fault the decision here as well. Ashley and Jordan, like Tadd, were barely trying it seemed. While Ryan’s dance for your life routine was fabulous. As was her dancing this week. And last. Okay, Ryan is winning me over. Caitlyn also won me over with her dancing this week, and that reminds me! This week’s routines were pretty so-so for the most part (sorry choreographers, mostly you bring it week after week, not complaining).

It must be hell to park in my neighborhood. I wonder if there are some figures somewhere about which neighborhood has the most movie shoots. This was coming home last night from the … (where else?) library. 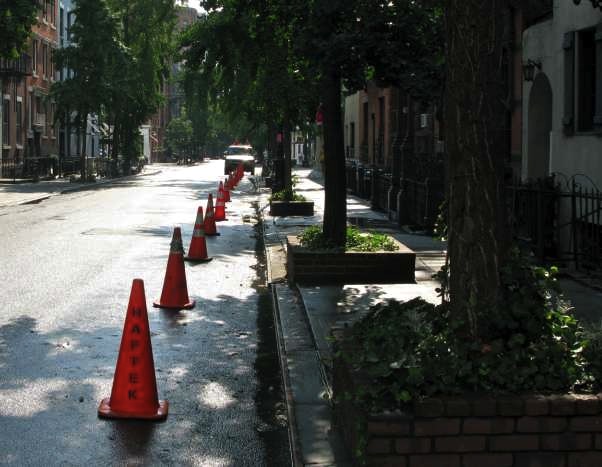 Another Quick Look at the New Boys