I got a call yesterday from the Wild Bird Fund to come get the pigeon I rescued. His leg and wing had healed and he was ready to be released in the wild. The wild in this case being New York City. The wildest. “But, but, didn’t you say professional bird handlers were going to do this??” “You’ll be fine.” They told me what to do and said to let him go in the same place I found him.

As per their instructions, I set him down in front of my building in the carrier (a cat carrier) and spread bird seed around. The idea was to let him just sit there for a few minutes before opening the carrier to allow him to get used to the idea, to hear familiar sounds, smell familiar smells. They also hoped other pigeons would gather and eat the seed, which wasn’t happening. I found two pigeons a half a block away and slowly lured them down using a trail of seed.

Then the moment of truth came. I opened the carrier. It took him about a minute before he ventured out and headed straight for the middle of the street. Right at that precise moment a guy in a motorcycle came gunning down the street, not slowing down a single bit, and I got ready to jump out but my pigeon immediately flew to the top of the door across the street … 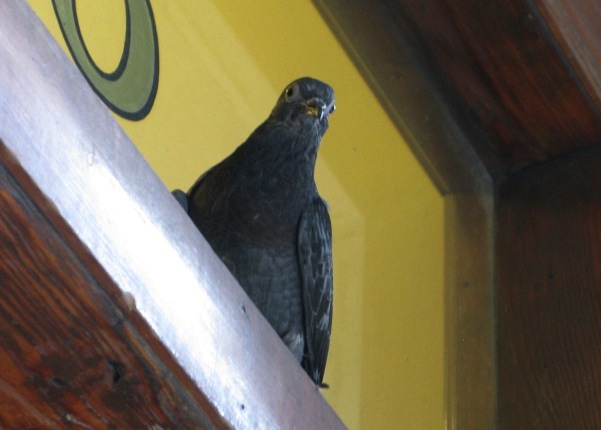 … then it started pouring rain. Thankfully, the doorway he chose was one that had an awning so he was safe. For the next twenty minutes I stood on the other side of street watching him. I didn’t want to let go. Of course it rained all night. Of all days to release him, it was such bad timing. He was cold and alone. The Wild Bird Fund said his parents would have nothing to do with him at this point, but he had been part of a flock so hopefully he’d hook back up with them again. That was why they wanted me to release him in the same spot.

Eventually I had to go upstairs. I’d done what I could for him. I put out a couple of piles of seed by the doorway and went up to my apartment. Bye little guy. Girl, actually. They told me she was a girl. Bye little girl. (Sniff.) I hope you have a wonderful pigeon life. But I miss you. 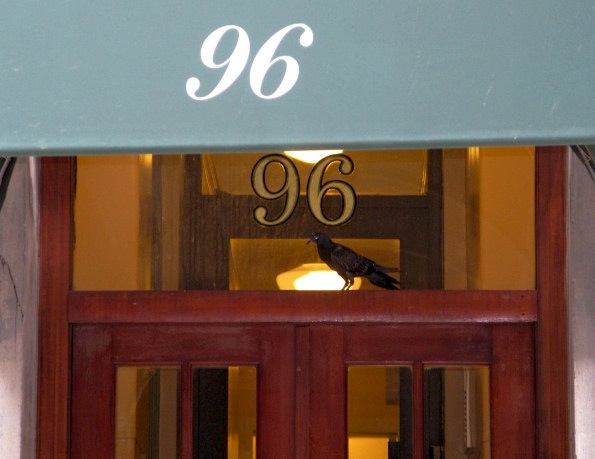 I am Sick of Pain