Backstory: My Time Warner cable has been down since Monday due to a broken cable on the roof.

But this was super foreman! We get to the roof. “Yeah, you have a broken cable,” he says then climbs over to the roof next door. I tried to stop him, I swear. I don’t want my tv that bad that someone must die for it, but he was all “I have a family, I wouldn’t do this if it was really dangerous, don’t worry, I’ve been doing this for a billion years.” He finds an extra cable, disconnects my cable from the broken cable, hooks it up to another tap and I am back in business! My internet connection slows down, but he tells me this is just a temporary solution and he will get someone back on Wednesday to fix everything properly.

A half an hour or so later he’s back with some plant guys. The plant guys look around at the mass of old, kinked and semi-brokens cables all over the roof, scream, then say everything has to be ripped out and completely redone. Before they go though, they FIX my broken cable and hook me back up. My internet connection is better but still slow but apparently all will be well next week.

Everything is back in time for the Emmy’s! I wish I had taken these guy’s names so I could laud them for the great work they did. Actually, I can get their names on Wednesday. Thank you guys. 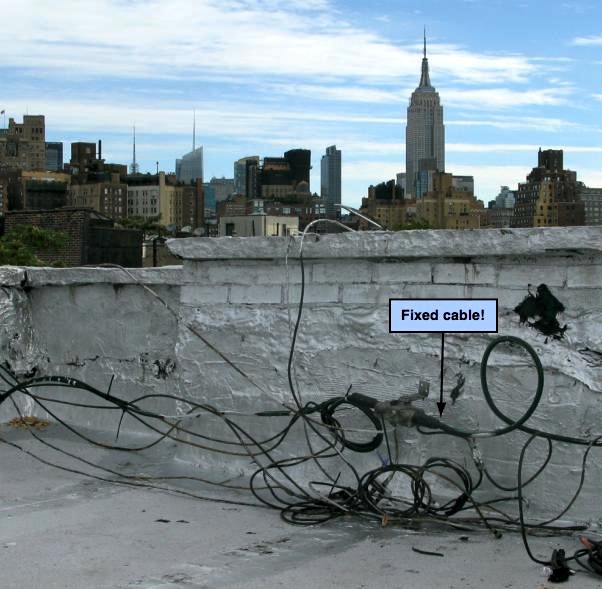