Remember how I was agonizing about whether or not to drum in the Halloween Parade this year? Well, I found a post I made on Echo in 1997, before drumming in the parade for the second time.

“I’m drumming in the Halloween parade. I probably won’t be able to get any work done, I’m so excited about doing this. I drummed last year for the first time but I was such a beginner I didn’t really get to enjoy it. I had to pay such intense attention to what I was doing I was oblivious to my surroundings. Plus my arms were in agony because I wasn’t used to playing for hours at a time yet.”

“This year I’ll be able to look up at the crowd, be aware that I’m marching on 6th Avenue, notice the other people in the parade with me!”

I remember that first time so well. I’d only been drumming for a couple of months and I wasn’t very good. I kept my head down the entire time, staring furiously at my drum, as if that would make me drum any better. I basically missed the whole thing. I could have been anywhere. This year was the total opposite. I walked down 6th Avenue with my head up, taking in my surroundings while drumming away, la-dee-da. It was my 15th year!

A left-over sign on 6th Avenue, telling people if you march in this parade you might be on tv, because NY1 is filming the whole thing. 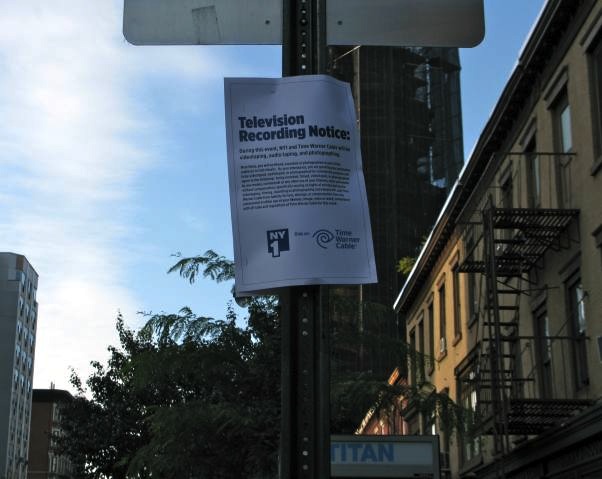 This was the first picture I took on Halloween. The wig caught my attention. 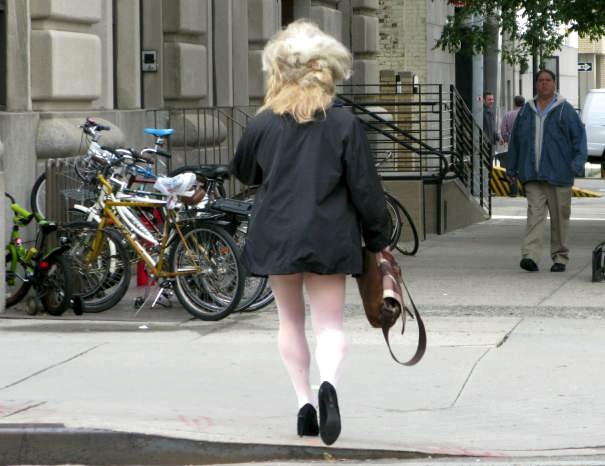 Watch So You Think You Can Dance, I’m Begging You

My First Cat Picture With My New Camera