I went. I drummed. I took pictures. First up, ME. From left to right, David Schwartz, Ellen Cooper, dancer whose name I do not know, me. We’re bundled up because it was freezing. I don’t know how those brave, hardy dancers do it. They were all pretty much naked. 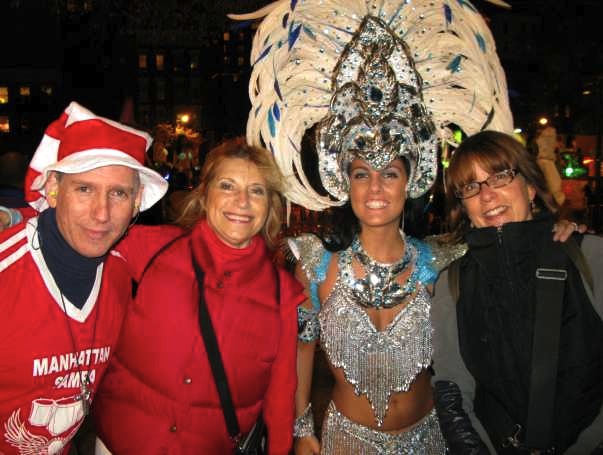 At various times I tried to get a picture of the crowds lining the streets, but we were moving at such a fast clip none of my shots came out. Their faces, thousands and thousands of them, were smiling, exhilarated, and cheering. I cut out at 14th Street and for a moment, while I was not in the parade, but watching it, I got to feel the energy, all these people glad to be in this one spot at this time. People in stilts came by and I was afraid they’d fall on me or I’d trip them but it was exciting and all was okay. 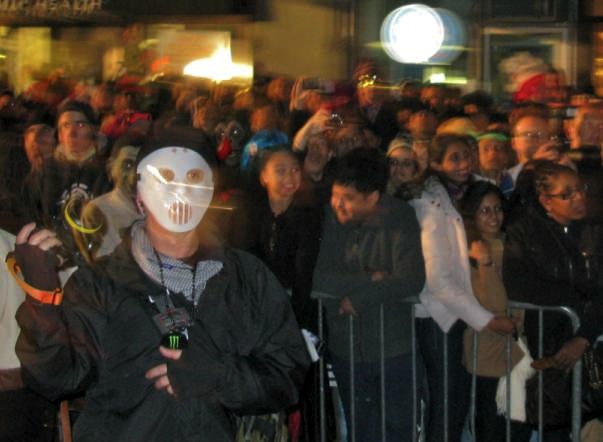 Giant eyeballs were kind of the theme this year. The parade was started by a bunch of artists and theatre people who lived at Westbeth mostly (I think) and there was always a theme which was represented by giant puppets interspersed throughout the parade. (And it used to wind through the smaller streets of the Village and there would be various theatrical tableaus along the way). The puppets are less and less present every year. But this year it was eyeballs. 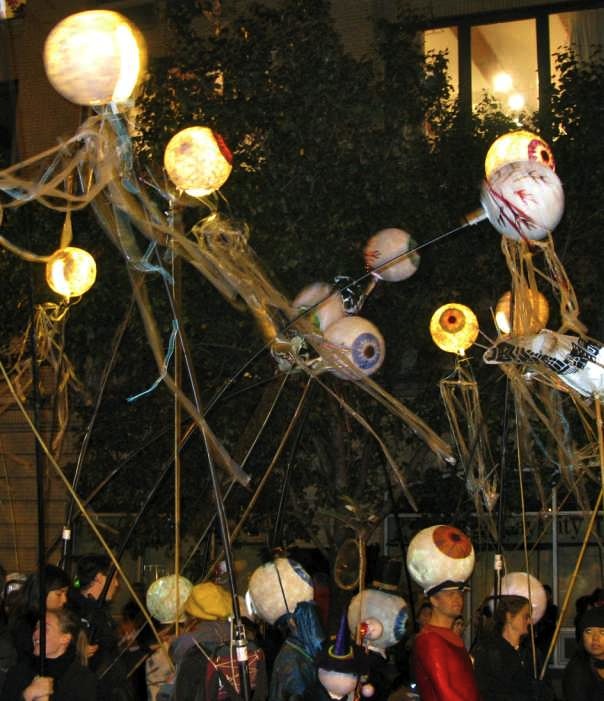 This was after the parade, at 11th Street and 7th Avenue, when I was almost home, when I saw the best thing of all … 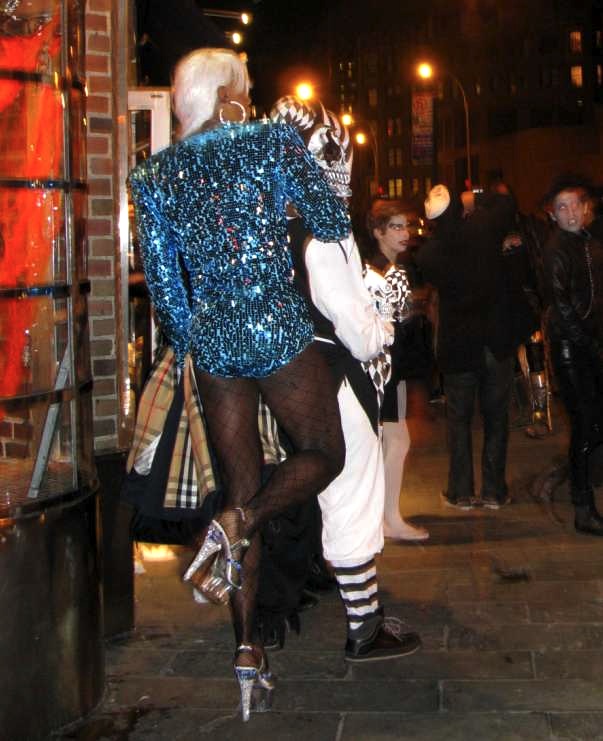 None of my shots last night came out well, but I grabbed this shot this morning. I have close-ups, but I think this long view gives you a better idea of just how cool what these people did is. If you’re not a Doctor Who fan it would probably take too long to explain what has been done here, but it is GREAT. That’s the Tardis, Doctor Who’s time traveling machine, crashed into a building on Perry Street.

Thank you, whoever did this, I love it. Oh Hell, I’m including one of my shots of it from last night, because you miss how it was lit from within in this daytime shot … 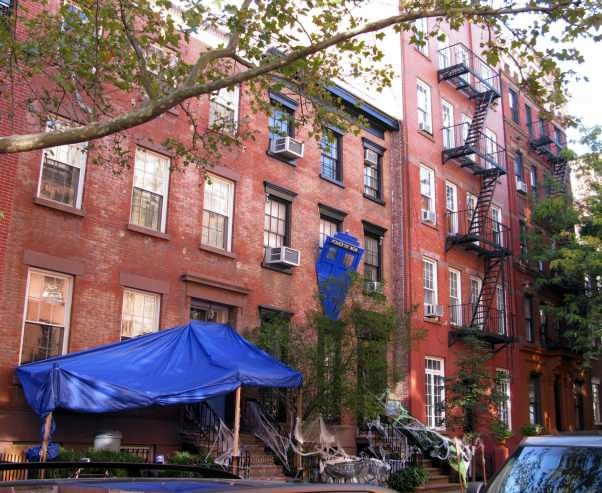 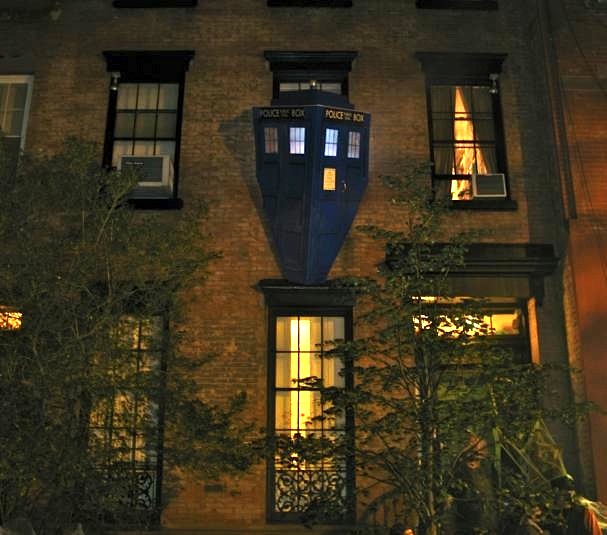