For some reason I woke up after 1am and saw one helicopter parked in the sky over Zuccotti Park. It signaled something was up, but it was weird that there was only one. So by now you’ve all heard, they cleared Zuccotti Park. But are they back yet? A judge issued a restraining order directing them to reopen the park.

Like many people, I’m extremely freaked about the press blackout. The mayor said it was to keep them safe. Safe from what? And why would helicopters need to move to where they couldn’t film the eviction? What danger threatened them?

This is the view downtown from my roof. Zuccotti Park is a little bit down and east of One World Trade. That one helicopter at the top right comes in close from time to time, but even hours later the other helicopters out of the frame never move or come in any closer. 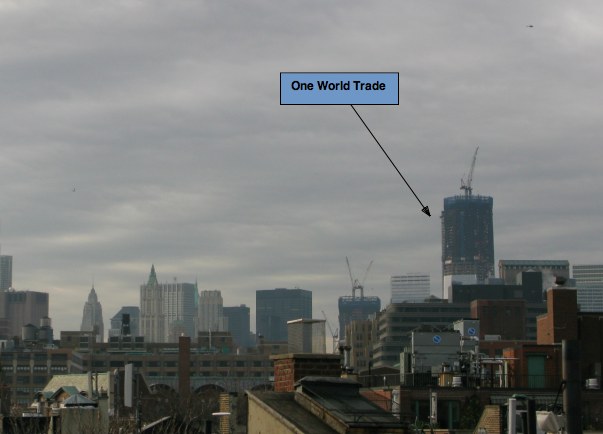 What Was the Rush??