The pictures below are from the Grace Church archives, they’re undated shots of a televised holiday service. I zoomed in on the cameras, which say Dumont, as does the label on the cameraman’s jacket in the first shot. I googled the name briefly and learned that Dumont was a television network which ran from 1946 – 1956. In New York they aired on channel 5, which I will always think of as WNEW. Why would they change that?? WNEW was perfect.

That reminds me, my friend Brett Leveridge has started a New York City tour company, Avenues and Alleys. He knows so much about New York that he didn’t even study for the test the city gives to license tour guides and he passed. That is unfathomable to me. Knowing his love of NYC, and his friendly easy-going nature, I’m sure his tours are fabulous.

I am feeling so nostalgic these days. Yesterday I watched The Student Prince and it made me kinda sad. It used to air regularly on channel 13 (PBS) but they never put it on anymore. Posting this picture, researching Dumont, it’s all about wallowing in that feeling. 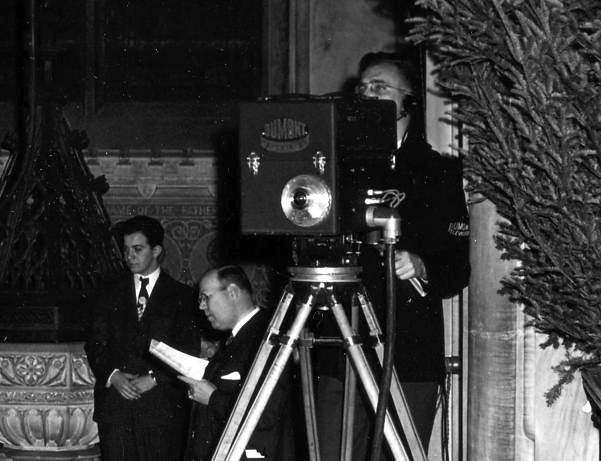 I think this guy might have been standing on an organ. 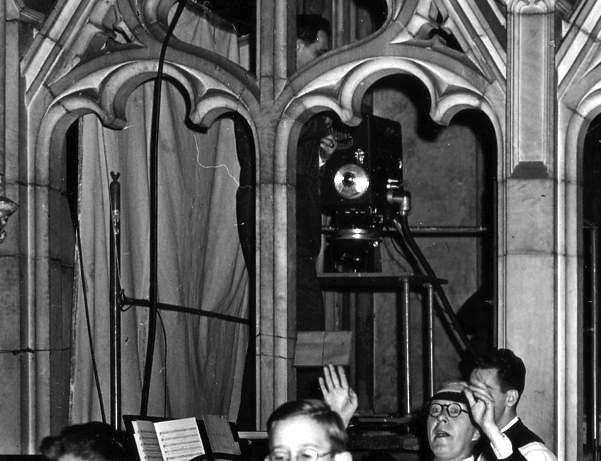 This is the entire shot. They’re shooting in front of the altar, looking right. That is where we stand to sing and where the orchestra plays. The choir furniture is moved away and we take over.

I spent some time researching the people named in all the plaques on all the chairs and lecterns and various objects around the church. Like “In memoriam Cornelius R. Disosway and Eliza his wife, 1801-1889, 1814-1897.” (More wallowing.) But I didn’t finish. (Disosway was a prominent NYC lawyer.) Actually, I don’t think any of that research made it into the book so I should post about it some day. I uncovered some decent stories, they just didn’t really fit with the story of singing. 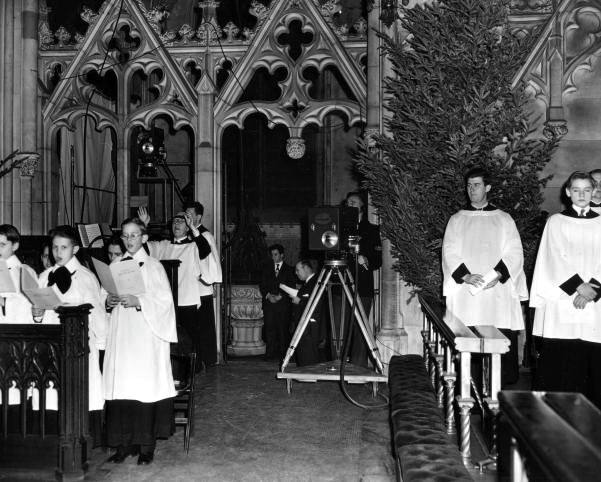 Some Shots from the Pride Parade 2019