New York Diaries is the book I helped to fact check! It’s laid out according to the calendar year, but spanning 1609 to 2009. So for any day of the year you might see entries from 1871 or 1935, etc. This is especially poignant on days like September 11, where you’ll see what 9/11 was like for New Yorkers throughout the years.

The entries come from the well-known to the completely unknown and I wanted to post some of my favorites, but I had so much trouble picking one I might post entries more than once over the next few weeks.

I’m starting with Eugenia Hughes, an artist who came to live in New York in 1930’s. Teresa Carpenter (the editor, and a best-selling, Pulitzer Prize-winning author) found her unpublished diary in the Manuscripts and Archives Division of the New York Public Library. Eugenia doesn’t write anything earth-shattering, but I love the snapshot feel of life for a single girl in NYC. Her entries are also poignant in context with all the other entries. They’re surrounded by entries about Dylan Thomas’s funeral, early descriptions of the AID’s crisis, the capture of Ft. Washington and so on. The whole book works marvelously in this way. Any day of the year in the book manages to capture this sweep of time and experience.

One of Eugenia’s entries:

Bad cold—can’t breathe properly-pain-pulse rapid—could hardly eat breakfast—felt nauseated. Julius phoned. Arranged to meet at 1.30. Did so—he was very well-dressed—skin sallow but clear—took him to Roma—I ate lunch. minestrone & spumoni. To “Berkeley Square” on 8th Street. Darkest theatre I’ve ever been in—he sat with his arm around me—his hand through the neck of my dress on my breast—very comforting—bit my ear lobe—we had a marvelous time. Hope the patrons weren’t disturbed by our breathing—he’ll be gentle I think. Won’t have him if he isn’t. 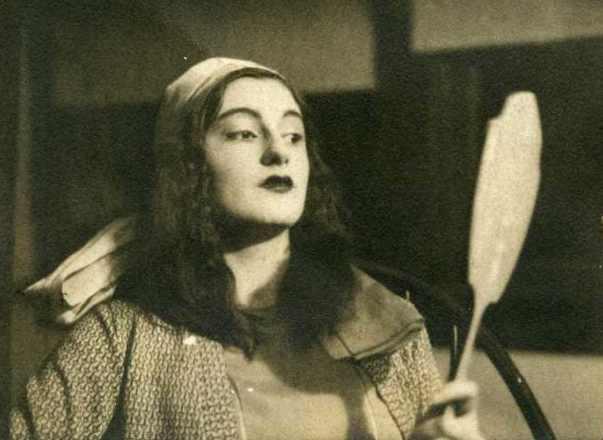 One of Eugenia’s drawings. This is how I imagine Eugenia! 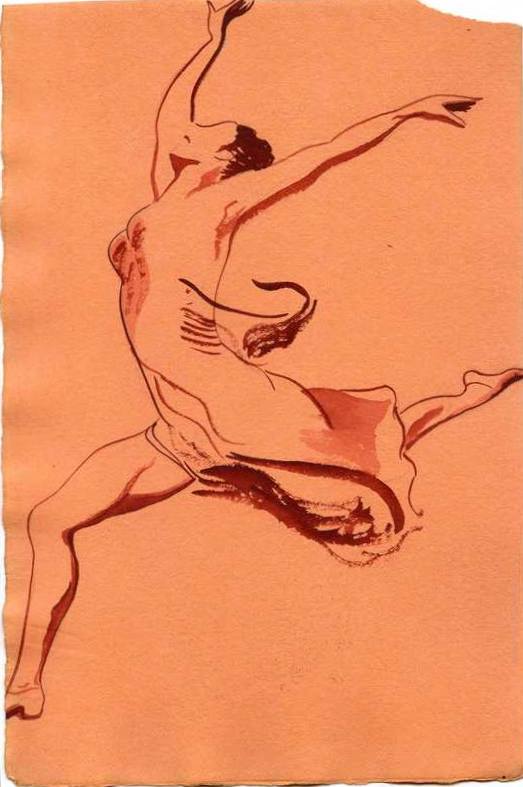 The pictures of Eugenia and her work came from a website of Greenwich Village History.