Coincidentally, I woke up and something on the news caused me to lament for the millionth time about right wing politicians who encourage disdain for education. Being educated is “elitist.” Then I read this headline on the Times:

“Education Gap Grows Between Rich and Poor, Studies Say … The widening achievement gap between affluent and low-income students has received less attention than the divide between white and black students, which has narrowed significantly.”

Instead of encouraging people to strive for knowledge some politicians and conservative commentators do everything they can to convince people to stay where they are, that there’s nothing wrong with being uneducated, ie, Herman Caine joking about not knowing the names of countries while running for the office where one of his responsibilities will be managing diplomatic relations with these countries.

It’s all so disheartening and apparently their efforts are working. Yeah. Good for you, jerks.

Frank Whaley, the actor who played the young Archie Graham in Field of Dreams (among many other roles). I see him all the time, often with his children. I was trying to be discreet here, taking a picture from behind, but both he and his daughter turned around. I blurred her face because I know most people do not want pictures of their children on the internet. But not his, because, well, we know what he looks like. 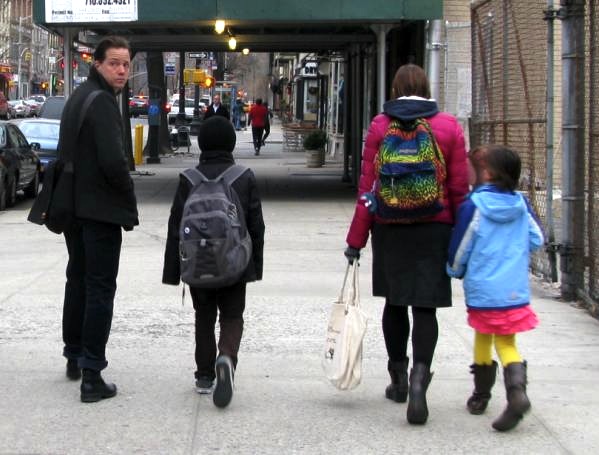