I wrote two angry posts recently, and I’ve saved both for later. I wanted to mull them over first. Sometimes it’s good to get mad. I posted the first one on Yelp and got a very gracious response, so I have to change that post to reflect that. The second I think might just be a preaching-to-the-choir kind of post, which is also okay. Sometimes you need to reach out to like-minded people. But I thought I would wait and then I ended up not posting anything for almost two days!

So here a few things I’ve been meaning to bring up:

Eldad Hagar rescued another dog! I want to marry Eldad Hagar and all the dogs he’s rescued.

Amy and Rory are leaving Dr. Who. I’ll be crying for weeks when that happens. Because I want to marry Amy and Rory.

A doctor weighs in about Virginia’s new transvaginal ultrasound law. Yes, I want to marry this doctor, too.

This next link has to do with an idea I have for a possible book (I have several ideas percolating). In my singing book I write about Mozart writing for his wife Constanze, and then I saw this video. Soprano Hila Plitmann talks about singing Goodnight Moon, written by her husband Eric Whitacre, who is also in my book. As far as wedding prospects, I happen to already be married to Eric and Hila. Okay, not really.

I’ve decided to divorce the Empire State Building, because this is the building I really want to marry. I took this on the way to the dentist, where I had my stitches removed and which hurt like hell. What painful thing is up next? Checking … oh great. I might need another bone graft.
I suspect I will want to marry all my dentists when I’m done (I have four working on my implant, the two students and their professors) but at the moment all wedding plans are off. (They’re doing a great job so far, though.) 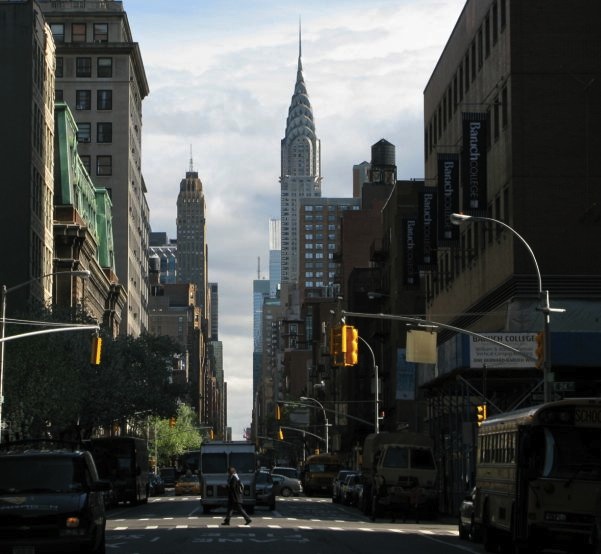 4 thoughts on “I Have to Add a Post Already!”