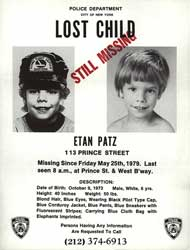 As I type this the FBI is searching a basement on Prince Street for the remains of Etan Patz, the six year old boy who went missing in 1979. If you were living in New York at the time, this case probably still haunts you. The building they’re sifting through is within a block of where Etan lived at the time he went missing. The FBI must have a new lead or new information (I read that they’ve searched this building before).

When I was writing my book about the NYPD’s Cold Case Squad, I also interviewed the head of Missing Persons. I’ll never forget it. In my book, I wrote about how detectives keep their case files in brown, accordion-style folders that look like something school children might carry. Most cases take up only one folder. If it’s a complex case, and the folders start piling up, eventually they’re moved into a cardboard carton. As the case grows, the detectives start stacking cartons. A big case might ending up filling one to six cartons.

The cartons for Etan Patz filled an entire wall, front to back, and from floor to ceiling. It was a dramatic representation of just how hard they worked that case. They’d done everything they humanly could, and they were never going to give up on Etan Patz.

Here are some shots of what’s happening down there right now. The blue canopy is covering the entrance to the building they’re checking. 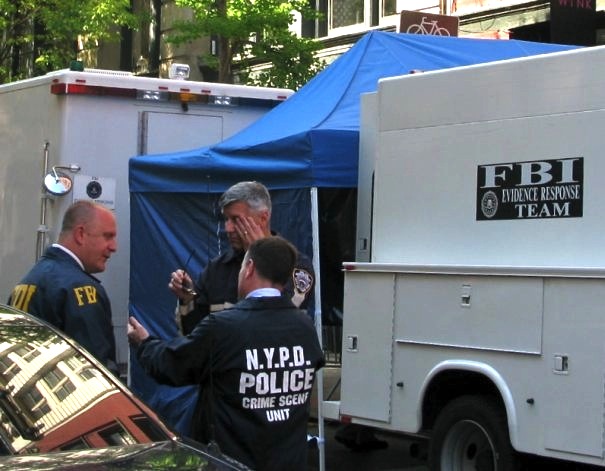 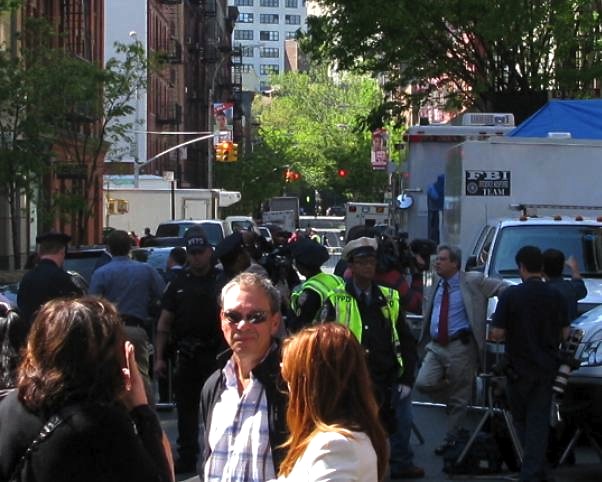 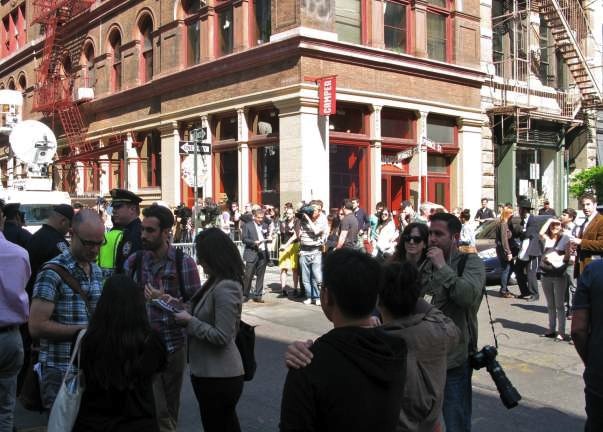 The Miracle on the Hudson

Heading Back up to the Library

3 thoughts on “The Search for the Remains of Etan Patz”