Starting at about 5:30 in the morning, an hour before their feeding time, Buddy starts doing things to get me to get up earlier and feed him sooner. These things include: shredding paper, eating books, knocking over books, knocking over anything I was stupid enough to leave out on the desk the night before, batting me in the face with his paw, nails extended, and eating plants.

The eating plants one is pretty sure-fire, because he always throws up the leaves later, and that can’t be good for his stomach. This also means it’s time to trim back the plant. Normally it’s hanging in the window out of his reach.

This strategy has been so successful over time that I now feed them at 6:30 in the morning instead of at 7:30, and 4:30 in the afternoon instead of around 7:30 at night. And, because their dinner was so early, they start bugging me again later in the evening and I’ve added a later-evening-snack meal! I am so owned.

I think I have posted about this before. Oh no. I’m the 21st century equivalent of the person who tells the same story over and over again. 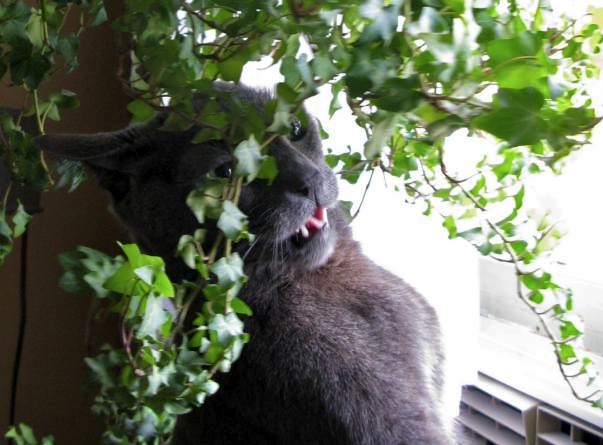 The Grand Surprise: The Journals of Leo Lerman