Yesterday, I mentioned a photograph I saw at the Municipal Archives in 2002 that has haunted me ever since. I decided not to post it, and if you follow this link to see it you’ll probably be shocked that I would even consider posting it.

With the exception of crime scene photographs involving children, this man is the most vulnerable, saddest, sorriest-looking homicide victim I have ever seen. I’ve come across photographs that are more gruesome, but the combination of his spread-out nakedness, the swelling, the squalid setting, it’s just so pathetic. Perhaps he was a miserable, awful human being and his crew had plenty of reasons to hate him, but still. Who was he? What led to this moment? What was the aftermath?

The photograph comes from a collection of glass plate negatives that are sitting in the basement of One Police Plaza. They sit in piles in a small caged room, cracking anytime someone steps too hard. They’re in bad shape and continually getting worse and eventually there will be nothing left if something isn’t done about them. (And maybe something has been done since the last time I was down there.)

I was going to post a more fun picture, but now that feels inappropriate! So I will post this one instead. I took this yesterday, walking back from the DMV. 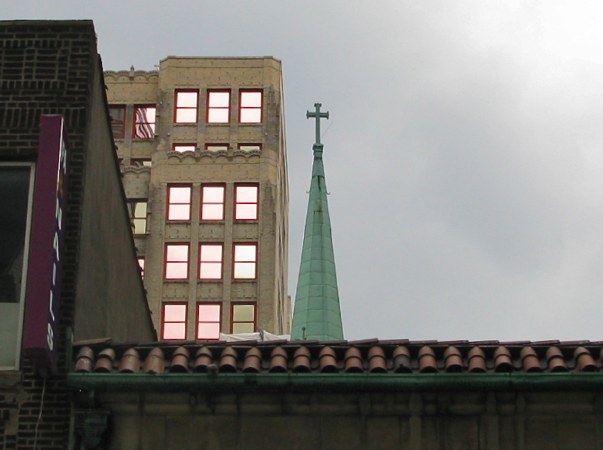 The Sun is Out in NYC