TV regularly breaks my heart. I become close to characters, and even though they are not real, I miss them when they are gone. (Sob.)

There was much to love about the finale for In Plain Sight, but the criticisms first. There wasn’t enough of a wrap up for Stan, and WAY not enough for Jinx and Brandi. In the beginning they were both so annoying, but the writers and the actors really made something of these characters. The two of them would screw-up, get their act together, screw-up, etc.. Since that it how I would describe my life, I had a lot of affection for them. The wrap-up for Brandi was somewhat satisfying, but I really needed to spend more time saying goodbye to Jinx. To begin with, it would have been nice to hear her sing at the wake.

Everything else however, was absolutely wonderful. The finale resolution for Marshall and Mary was perfect. When I saw the “I love you” in the teaser I was worried it was going to go another way, which just didn’t feel right to me. While I honestly do not see Marshall and Abigail, (he needs someone geekier and bookish) I definitely no longer see Marshall and Mary (there was a brief time when I did). Their scene on the balcony was lovely and choked me up big time. It emphasized the importance of the bonds of friendship and it was agony to see them both realize the necessity of letting go of at least some of that. I’m sure Marshall would still be there for her, but not *every* time. She can reach out to the other people in her life. (Sob.)

So, goodbye In Plain Sight cast and crew. Thank you for all the great work. (Sob, sob, sob.)

I organized a reunion brunch for my fellow Census workers, and I arrived too early. Here are a couple of pictures I took underneath the on ramp to the Brooklyn Bridge, where I walked around while I waited. 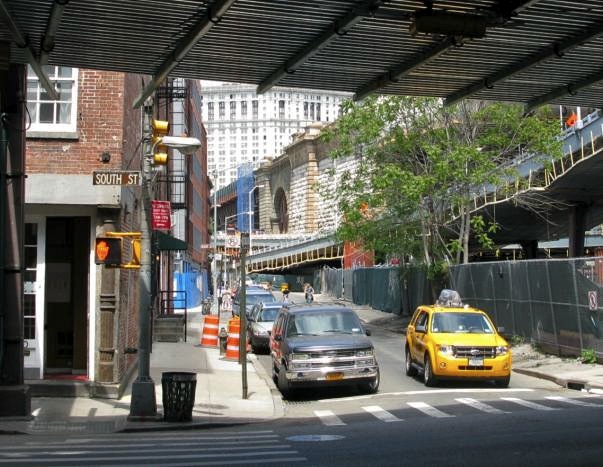 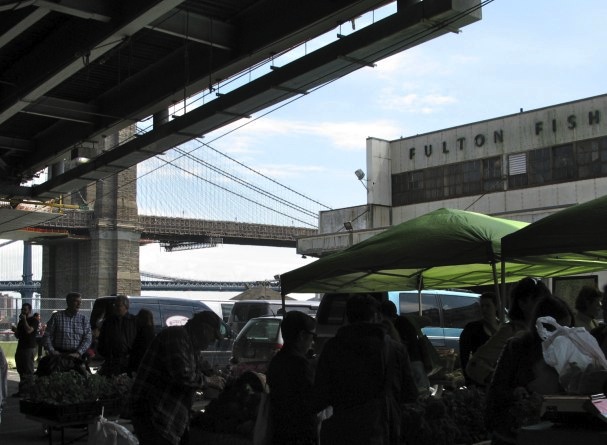 Getting Excited about the Return of Dr. Who