I watched this enormously sad documentary called Left By The Ship, about the children of US soldiers who were abandoned by their fathers when the father’s service in the Philippines was concluded. Actually, I only caught the second half while channel-surfing, but I started watching for a minute and then couldn’t stop.

These children are not covered by the Amerasian Homecoming Act. For some unknown reason they are excluded and most are in a bad way, living in poverty, and experiencing abuse both within their families and in their communities. You hear politicians and others go on and on about the importance of families, but so often it ends up being so much bullshit. Families go out the window when they become inconvenient. At one point one of the kids successfully reaches his American father, and if you could have seen the kid’s joy when he thought his hell had finally ended, and that he was going to rise. Oh God. I’m remembering it now. He never heard from his father again.

A friend of mine lives in Heaven (Brooklyn). This is the entrance to her enchanting apartment. Look at those roses. And the working gas lamp. 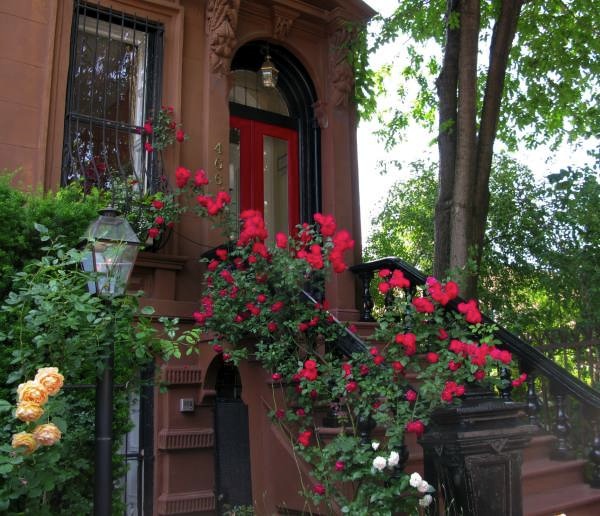 The View from the Trinity Church Graveyard

6 thoughts on “Left By The Ship or: Why does it seem like we rarely do the right thing?”