The picture below is looking west on Christopher from Hudson Street. All the barricades are up in preparation for the big Gay Pride Parade tomorrow. This time tomorrow it will be an absolute mob-scene of celebration and partying. My band drums in it every year and it’s one of the most fun things we do. But every year I agonize about whether or not I want to go. It’s always so hot! I’ll bet if I search my blog using the words “Gay Pride” I’ll find a post like this for every summer. Alright, now I’m curious … well, I only found two!

“I woke up to learn that New York had passed the gay marriage bill … Looks like I really must join my band Manhattan Samba and drum in the Gay Pride Parade this year (it’s tomorrow). I usually do, but it’s a marathon thing and I’m getting old! Hours and hours of drumming in the blazing heat (usually).”

“My band, Manhattan Samba, always does the Gay Pride parade every year. I almost didn’t go this year because it was so oppressively hot. Thank God I did because this year there was a torrential downpour. It was so thick and hard and freezing cold at first, and you’d think that would have felt great, but it was shocking, like when you first jump into a cold pool … once I got over the cold and the stinging, and surrendered to being completely drenched, it was positively ecstatic. It is just so completely liberating. Nothing matters, only joy.”

The receptionist at my vet was raving and raving about the Path Cafe place you can see on the right. He said the food was amazing, and affordable, and that the young couple who run it are the nicest people in the world. 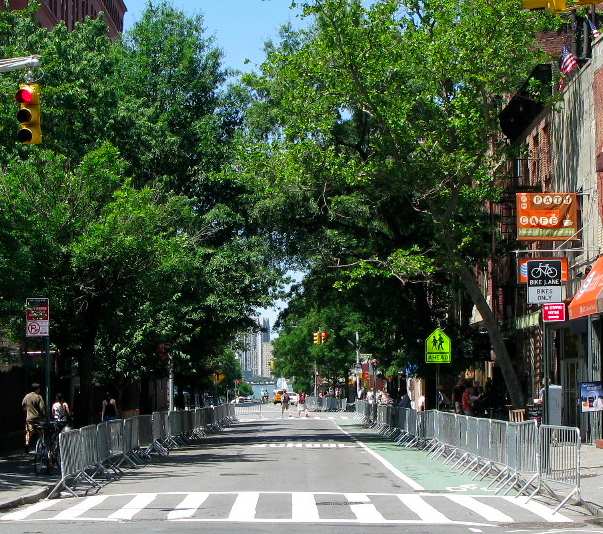 What I do When My Writing Is Bad

Virus and the City: FOSTER