The picture below was from a section of the police department’s 1887 annual report called “Miscellaneous Statistics.” When I was copying all the police department annual reports going back to 1860 (for my book about the NYPD’s Cold Case Squad, The Restless Sleep) my goal was to learn everything I could about murder in NYC for the past 100 years or so. Of course I learned a lot more about crime in NYC over the years.

That reminds me, I read somewhere that Tom Fontana is working on a tv series about the 19th century NYPD. This is such a great idea I can’t believe it hasn’t been done already. The stories I came across … it could be that there has never been an organized crime group as effective and as scary as the early NYPD. It was insane.

Update: Just saw a commercial for it! It’s a BBC America series called Copper. Such a great, great idea. Can’t wait. It takes place in the 1860s.

Anyway, this is just one of many sad, sad lists that I came across in the course of my research. 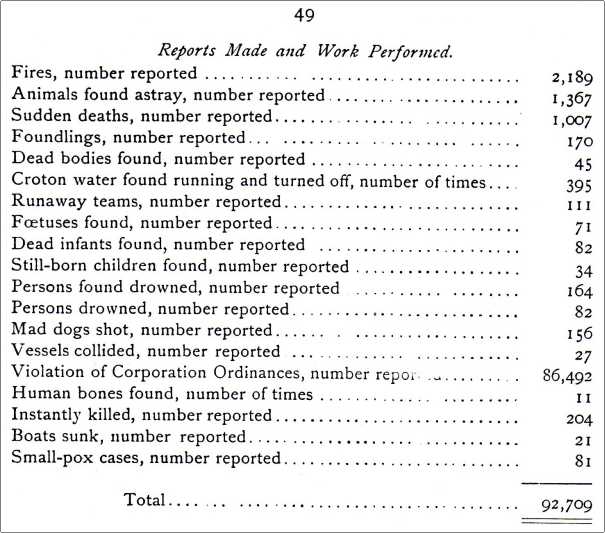 Some Days It’s Hard to Get Started