Thanks to my friend Marisa, this morning I got to go on a free Audubon Eco-Cruise down the Hudson and lower New York Bay. The picture below is of Swinburne Island, one of two man made islands created in the 19th century to house and dispose of victims of contagious diseases. The birds are sitting on the remnants of the crematorium.

We were on a big boat so we couldn’t get in close. I swear the guy said it was only 72 feet deep where we were, but that can’t be right, can it? You wouldn’t believe what’s down there. When I wrote my book about the NYPD’s cold case squad I learned that the police department used to just routinely dump guns (and other items) into the water. From my book:

“For most of the past 100 years, weapons were taken out to sea and sunk. In 1933, 3,816 guns, knives and swords were dumped into the sea at the Scotland Lightship station off the New Jersey coast. A couple of years later 1,575 phony token slugs were dumped into the Long Island Sound at Eaton’s Neck in Huntington Bay, along with 500 slot machines and 4,000 weapons. Two years after that the Property Clerk poured 10,000 gallons of wine, whiskey and beer into the Lower Bay. As of the 70’s they were still throwing what they could into the various bodies of water in New York, but in the 80’s they began melting handguns down in a foundry in Pennsylvania. Rifles and knives were put in a metal shredder.”

So apparently those guns and swords not that far down, if anyone wants to try to recover them. I wonder how many feet of mud is covering everything. Also, seriously? New Yorkers were killing each other with swords in the 1930s?

I could actually look this up, I spent weeks at the Municipal Archives copying sections of the police department annual reports going back to 1860. Okay, I just pulled them out. When they reported “cuttings” or stabbings, they didn’t specify weapons, alas. 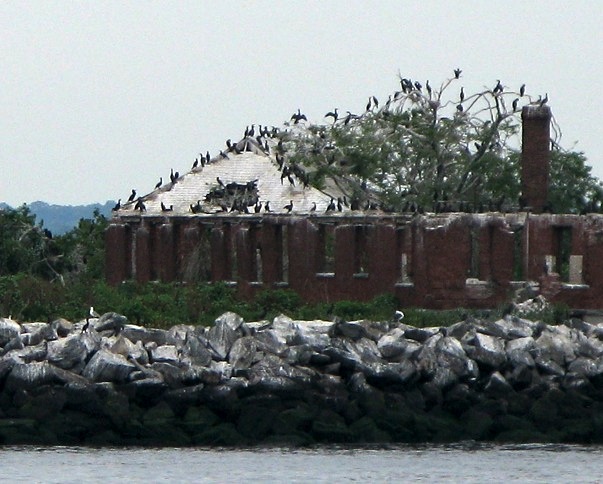