I heard the Cello Concerto No. 1 in A Minor by the French composer Camille Saint-Saëns on WQXR the other day, and realized I know nothing about him. Looking him up now … oh, the saddest part of his Wikipedia entry:

In 1875, nearing forty, Saint-Saëns married Marie Laure Emile Truffot, who was just 19. They had two sons, both of whom died in 1878, within six weeks of each other, one from an illness, the other upon falling out of a fourth-story window. For the latter death Saint-Saëns blamed his wife, and when they went on vacation together in 1881 he simply disappeared one day. A separation order was enacted, but they never divorced.

I wonder whatever happened to Marie Laure Emile Truffot. Googling turns up that same small piece of information over and over. According to one French genealogy site, she died in 1950 having never married again. Well, I guess she couldn’t if they never divorced. How sad for the both of them. He took three years to disappear one day. It makes me think they tried to get past it. But it’s hard to get over the death of a child, never mind two within six weeks of each other. What was the rest of Marie’s life like? Did she have friends and lovers? Did she blame herself for her second child’s death for the rest of her life, too? Surely someone has written about her.

Oh here’s something interesting about Saint-Saëns. Apparently, he “called for a suppression of all German music during World War I.” Coincidentally, in my book I have a small section about a similar movement in America during WWII, and I belittle the attempt. Interesting that a French composer tried to do the same thing.

There was a bake sale in the Bleecker Street playground the other day, and of course I had to buy a cupcake. I’m going to tell Bleeck (my new kitten) that the playground and the street are named in his honor, for he is the most fabulous new kitten in the West Village. 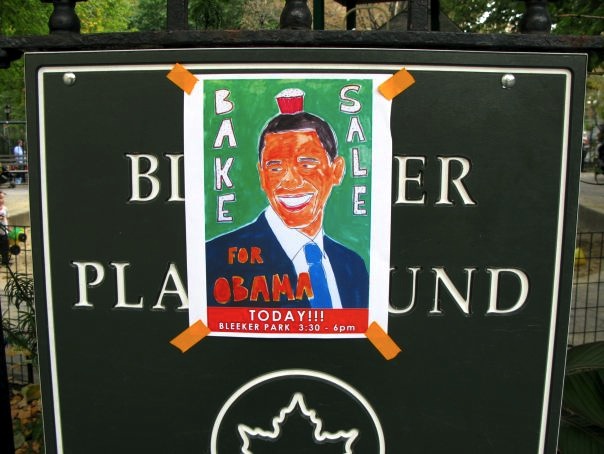 Happy Birthday to me!

Why I hate the Word “Whining”

7 thoughts on “I bought a cupcake. For Obama.”