I love the effort people put into decorating for holidays. This was one of the simplest and also one of my favorites. Creepy, but sad. 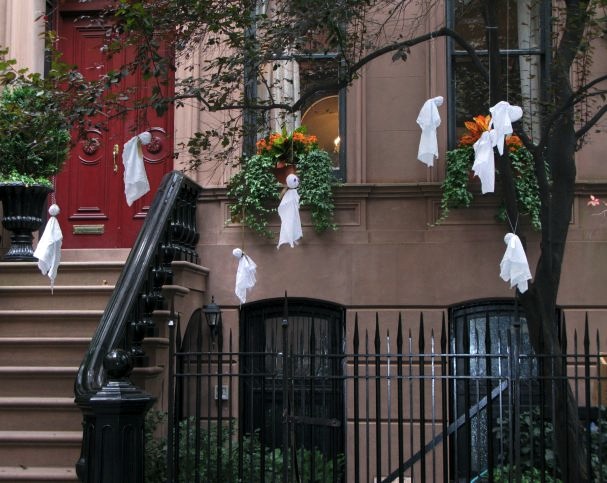 Three happy, fez-wearing skeletons on Bleecker Street (which was named after my cat). 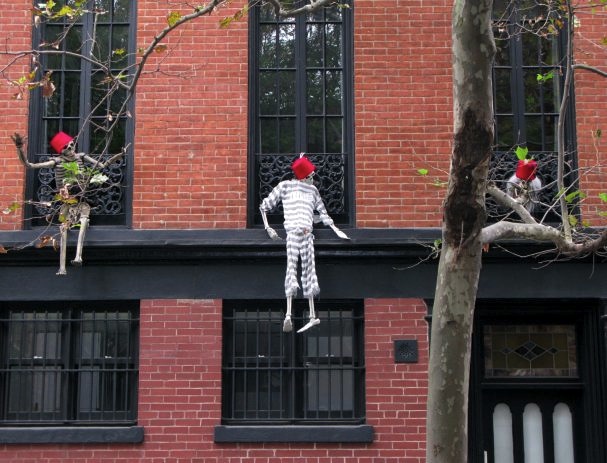 I wonder why the manufacturer of that fake tombstone picked the dates 1805 – 1882. Did they have any meaning to him or her? Of course the first thing I did was calculate how long the fake dead person lived (to 77, not bad I suppose, but certainly not great, I hope to make it to my 90s). 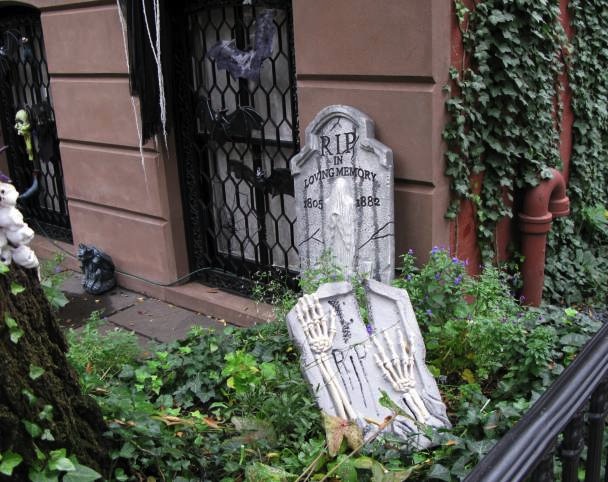 Another happy skeleton, hanging out by the trash in the cornfield on 11th Street. And a detached limb. And a spider. Damnit, what else did I miss?? 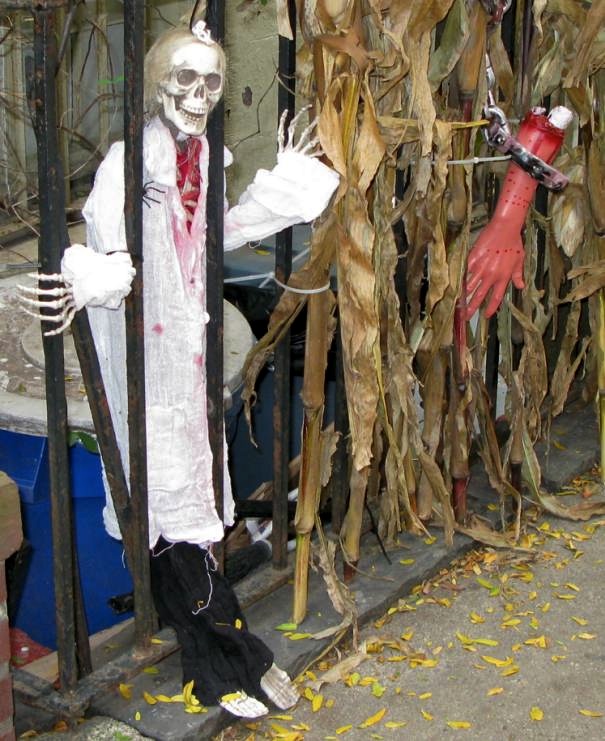 Giant spiders were a recurring theme. The movie Eight Legged Freaks, which is wonderful, has been playing a lot on tv, by the way. As fun as it is, I still have a hard time watching it. Spiders! 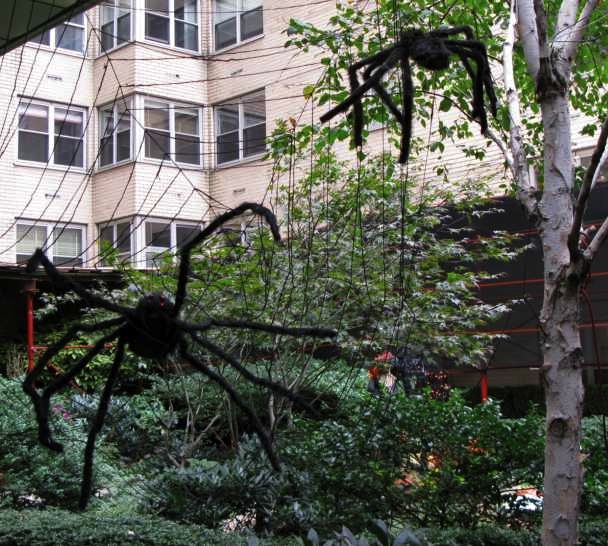 Okay, the Tardis crashed into a building on Perry Street. I was never happy with how my pictures of it came out last year, and I was determined to do better this time. This is a slight improvement, but it doesn’t really capture how truly great this is. The thing also glows and smokes, like a Tardis that has just been in an accident might. I’m going with: it’s the camera. 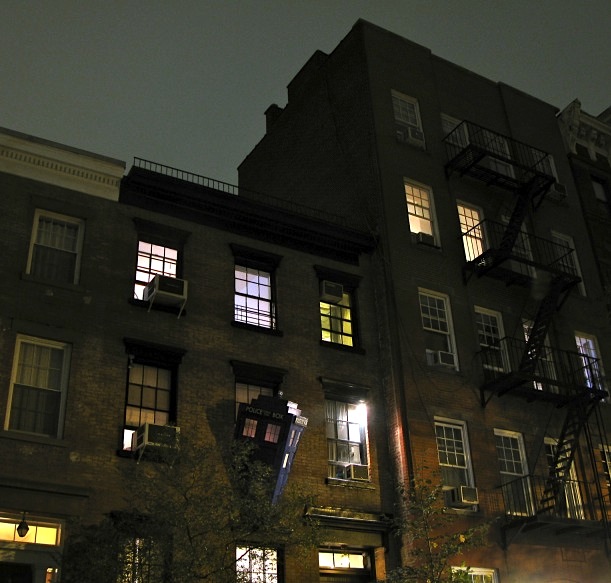 Another view. My photographic abilities aside, thank you whoever did this. It’s awesome. 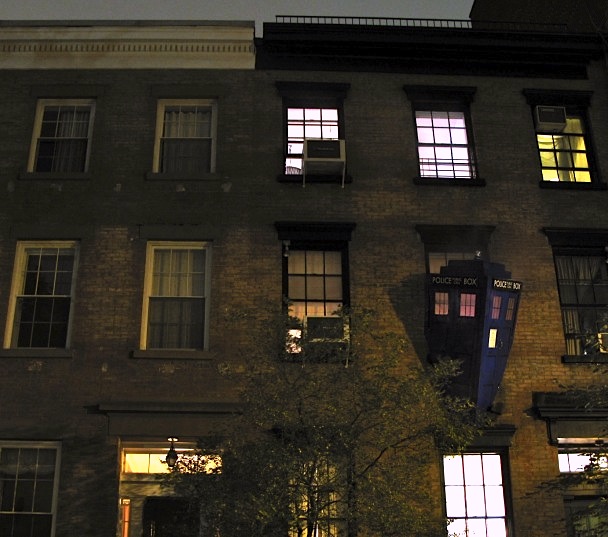 Keeping an Eye on Buddy