Well, our mayor has changed his tune a bit. They’re shutting down all mass transit at 7pm, and telling everyone in Zone A in Manhattan to evacuate. I just read a tweet that said this area has a population size equivalent to Minneapolis! I’m Zone C, but only a few feet from Zone B. Still, I’m not overly concerned (yet). My biggest concern is I’ve got the oldest, ricketiest, most falling-apart, barely-holding-on windows in New York City. I could be screwed if the winds get as high as they say. Not sure what to do about it.

I want to go out and buy candy. Except I’m feeling lazy and my face hurts (waiting for pain killers to kick in). I was thinking of going out with my camera during the storm, like up to the roof to see if I could get shots of the Hudson River during the surge, or even down to the river itself, but I decided that would be insane. Still, as long as no one is hurt, it’s all very exciting.

Fun with the macro setting on my camera and kitten tongue and whiskers. 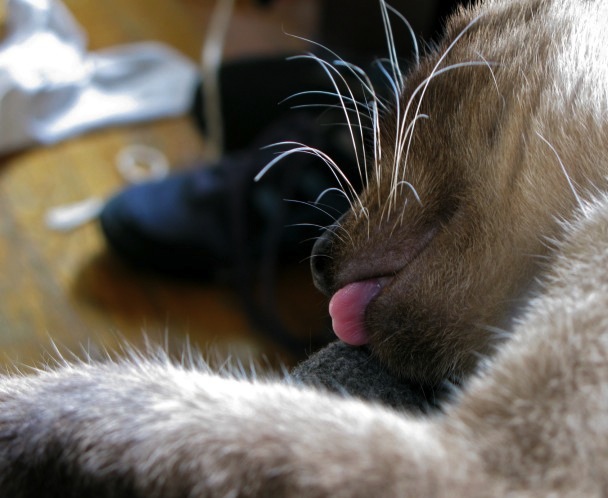 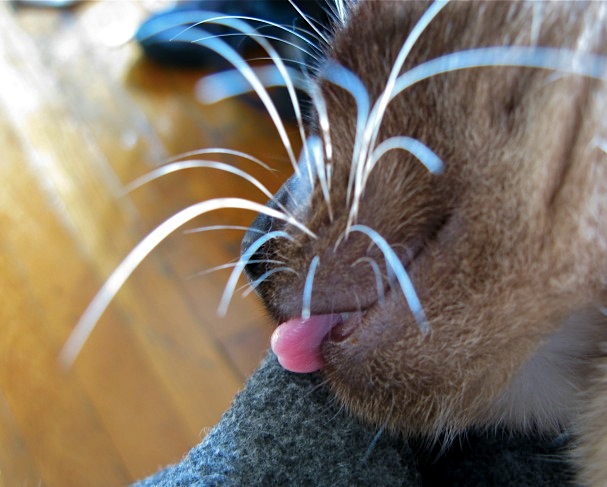 My Blogs are Now Mobile Friendly

9 thoughts on “Hurricane Sandy is on the Way”