Someone tweeted how Obama had just signed a five year extension of Bush-era warrantless wiretapping. It was not long after Instagram had announced they were going to sell people photographs without their permission. The tweeter noted how there was a huge uproar about selling photographs without permission, but warrantless wiretapping hadn’t raised a peep.

It was a very good point. It made me want to make a list of all the liberties we’ve lost since 9/11. It’s probably already out there. I just googled it. It’s out there all over the place and it’s not pretty. Here’s the NYCLU’s list. I’d post more but I have to run to the dentist. More about that another day! (Also not pretty.)

Update: Here’s an article about what Obama just signed. This part in particular freaked me out—how could anyone have a problem with this amendment: “By a vote of 52 to 43, the Senate on Friday rejected a proposal by Mr. Wyden to require the national intelligence director to tell Congress if the government had collected any domestic e-mail or telephone conversations under the surveillance law.”

The Empire State Building on New Year Eve. If you didn’t watch my movie of this you might want to, because it was a beautiful light show. 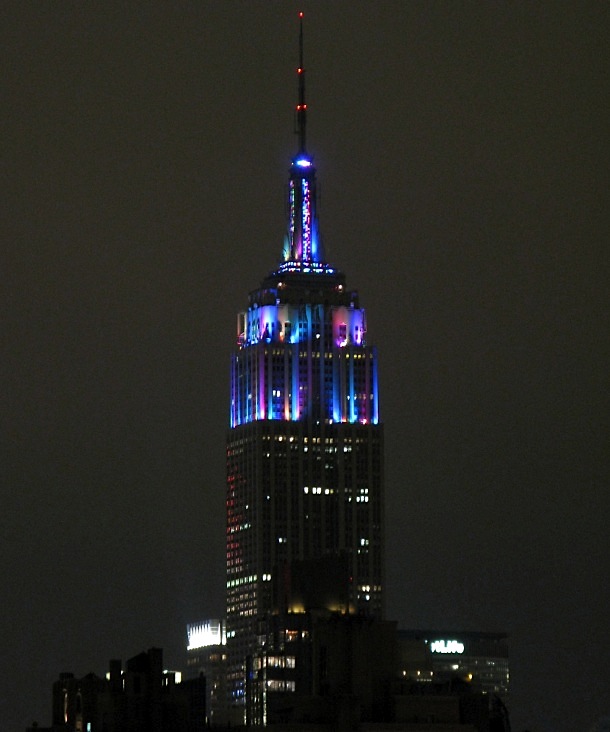 Halloween in the Village

I Need a Gown, Wish Me Luck!