I haven’t blogged in two days! Since when has something like that happened? I’ve had a cold, and tomorrow I’m going in for more oral surgery, so I haven’t been in the best of moods. Well, I’m going for a swim but I will be back later to blog the Golden Globes.

Like everyone else, I’ve been reading various articles about the recent suicide of computer genius/activist/hacker Aaron Swartz. This one by Lawrence Lessig is the one that got me. But then it led me on a sad side trip and the story of extensive sexual abuse that took place over decades at the American Boychoir School. That made me think of Chet Allen.

Chet Allen was the boy soprano who was chosen to sing Amahl in Gian Carlo Menotti’s Amahl and the Night Visitors, which was written for television and broadcast on December 24, 1951. Allen suffered from depression his whole life and he finally killed himself when he was 45. I immediately wondered if Chet Allen was a member of the American Boychoir School, and could his depression have roots in sexual abuse as a child? I remember reading how he appeared troubled even at 12 when he won the part of Amahl, which should have been a wondrously happy time for him. I checked Wikipedia:

“At the time he was selected as Amahl, Allen was a soprano member of Columbus Boychoir, founded in Columbus, Ohio. The music boarding school relocated in 1950 to Princeton, New Jersey, and in 1980 was renamed the American Boychoir School.”

Oh god. Is it possible? Except according to the lawsuit Lessig brought forth, the abuse started in the 1970s. Were any of the people from the 1970s there in the 1950s? Well, that will possibly be a sad research project for someone. Anyway, my sad side trip just seemed to underscore the distorted sense of justice we have in this country.

In any case, if I decide swimming is not a bad idea, hopefully I will be back later feeling energized and more myself. (That will all go to hell tomorrow of course, following oral surgery!)

The whole time I was taking this picture I was asking him, “That’s comfortable? Really? That’s the story you’re going with?” He was resting there, just like that. 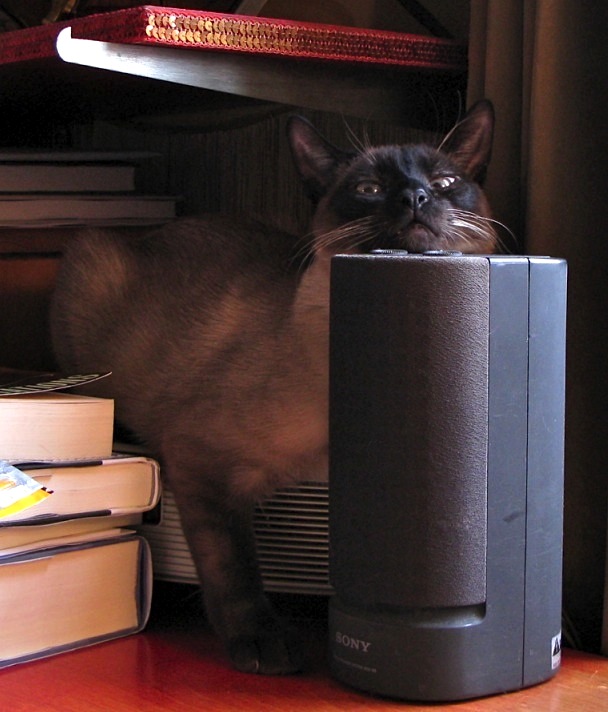 3 thoughts on “A Sad Day for America”