I used to subscribe to People Magazine. There was a time when curling up with People was the highlight of my Friday afternoon. But at a certain point I aged out. I didn’t know half of the people they wrote about and it just wasn’t as fun for me anymore, and so I cancelled my subscription.

The other day however, I bought myself a copy to read as a treat after my oral surgery. When my surgery was postponed I went ahead and read it anyway.

What a complete let down. It wasn’t just that I didn’t know who they were writing about—even when I did the stories weren’t fun. I gave it some thought. What went wrong over there?

– Each piece is relatively shallow. There’s little research as far as I could tell. I get the distinct impression that whoever is left there hates their job and the subjects they are writing about. And they’re not given enough time or money to do a decent job. A quick google search, slap together a few photographs, done.

– Even more crucial, I think People Magazine has lost their juice. There were few stories about truly big stars and none seemed to have been done in cooperation with the stars they managed to cover.

– They used to do stories about all sorts of people who were the next big thing in other fields, like computers and new media. There was none of that. Instead there were human interest stories about people doing something heroic, which is fine, but they were written in an earnest, this-is-good-for-you way, and reading those pieces felt like homework.

I’m more focused on television than movies these days, but we are living in an unprecedented era of incredible, genius tv. There’s not just a few good shows, there are so many great shows I can’t watch them all even though I’m currently in-between books with plenty of spare time! There is no excuse not to have a magazine packed with coverage of all this mind-blowing talent that is out there. Come on!

No new pictures today. I took this around Christmas, because I was amazed to see a doll that looked so much like the person/character they are meant to portray. 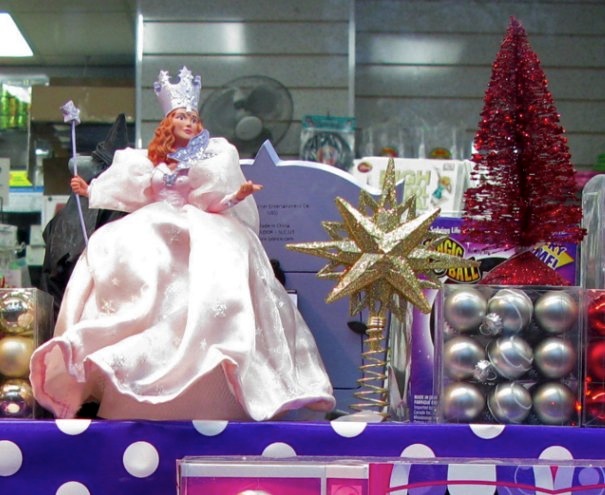 Any dolt with half a brain …