I’ve always loved the show Supernatural, but at a certain point it lost its sense of humor and its heart. I kept watching because it was good enough and as I’ve said many times before, I have a hard time letting go of tv characters I’ve become attached to.

This season though, there were things I liked. Then all of a sudden in the last two episodes, boom! It completely recovered its sense of humor with the episode, LARP and the Real Girl, and its heart with As Time Goes By. Like that, the show was great again. (To be fair, there was a lot of heart in the Dean/Benny storyline.) I looked around for an explanation, but I couldn’t find out enough about what is going behind the scenes to account for it.

The most recent episode also created a storyline that interests me, this previously unknown group called the men of letters. I love the possibilities there. I’m tired of tension and conflict between the brothers, and I love mysteries that involve uncovering knowledge. Lighten up Castiel now and again and we will totally be in business.

In other news, I was very sorry to wake up to learn that former Mayor Ed Koch died. I didn’t love everything about him, but still. Also, I planned to try to interview him about something and now that will never happen, damnit. (Must make list of everyone over 60 you plan to interview and arrange interviews right away. Not that I think 60 is old. Just being on the safe side.)

Walking to and from the Municipal Archives yesterday, I passed by some of the shoots I saw signs for the day before. Inside this trailer perhaps, are the stars of Person of Interest … 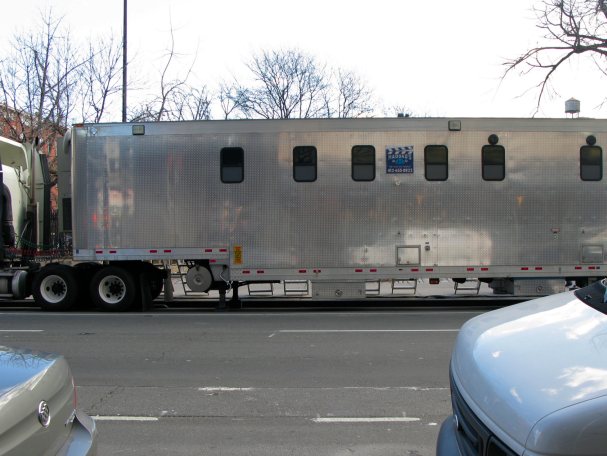 And this is a shoot for the movie Motel. I asked who was in it and I was told “Bobby De Niro.” 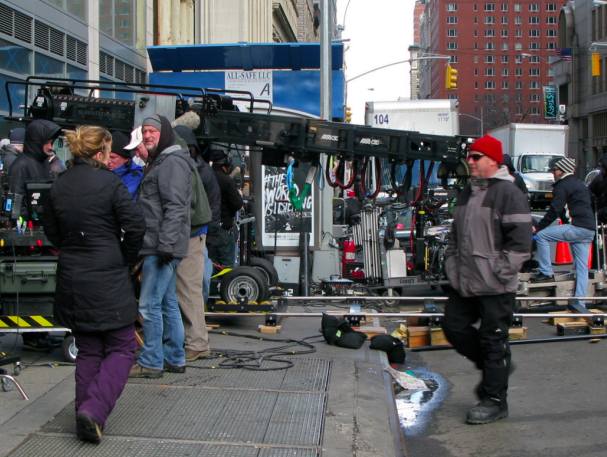 2 thoughts on “Supernatural is Getting Good Again”