I’m not saying where this is because I’m afraid of getting in trouble. I know it’s very weird taking pictures in a public bathroom, but I just love the 19th century back-in-time feel of this room, and I swear that at the time no one was in there besides myself. Look at these wood doors, all the marble, the brass. And scroll down and check out the fire hose. 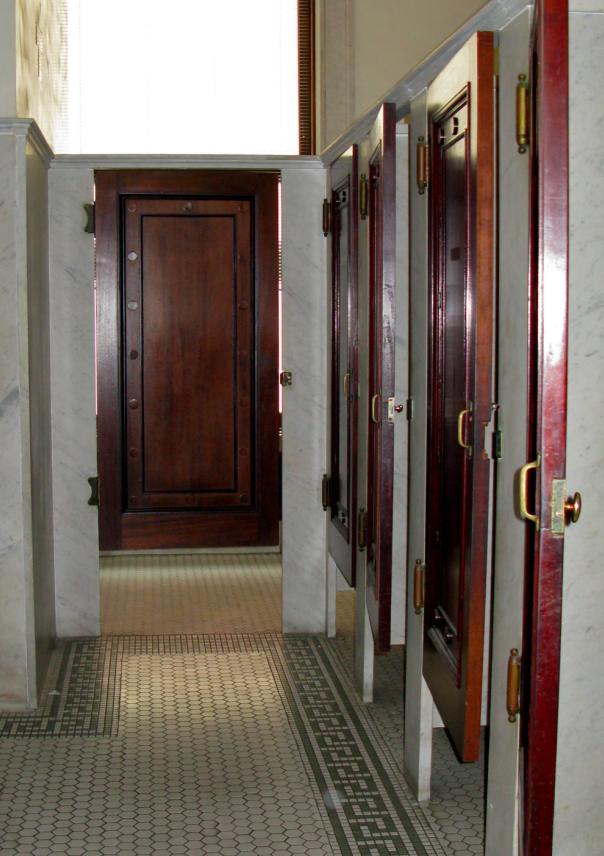 Maybe some of you see things like this all the time, but it looks like something we don’t even use anymore to me. Very steam punk. 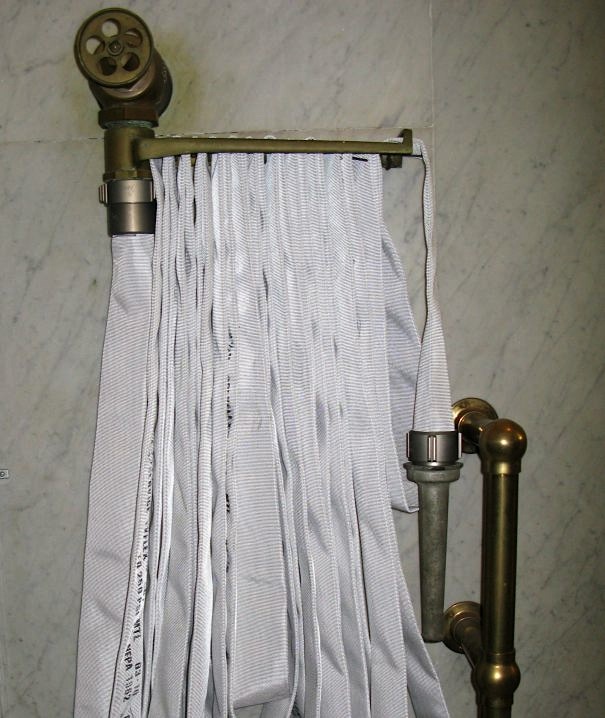 Virus and the City: Masks