Alright, we’re going to die anyway, but hopefully not for a really long time. I’m sure you’ve all read this article in the Times about the Mediterranean Diet, but I thought I’d post a link to it just in case. Get on this diet. It helps prevent the number one cause of death in America, cardiovascular disease.

“The study ended early, after almost five years, because the results were so clear it was considered unethical to continue.” Meaning, they felt like they were practically killing the people in the control group, who were eating some version of the standard American diet. All the researchers in the study are now on the Mediterranean diet. I was glad to read specifics about what the diet entails, because I’ve been hearing this for years, get on the Mediterranean diet, but what, exactly, is a Mediterranean diet? Based on this study, I think the only thing I need to do is eat more beans. I’m still confused about the difference between a bean and a legume, but apparently it doesn’t matter, you need to eat both. So anything small, round, and bean-ish I’m eating. Except lima beans. Which suck.

Here is the actual study from the New England Journal of Medicine.

I eat well and exercise for health reasons, mostly. But I’ve been trying to lose a pound. One pound. Yesterday I walked 4 miles, swam for about 3/4 of a mile—that’s more than what I normally do in a day, but I do exercise every day and walk everywhere I go so it’s not really all that much more than usual. I eat a vegetarian diet. Why don’t I weigh, like, 80 pounds? I should be practically invisible with the way I live. What’s a girl got to do to lose a pound?

This is looking west, on the corner of Hudson and Canal Streets. 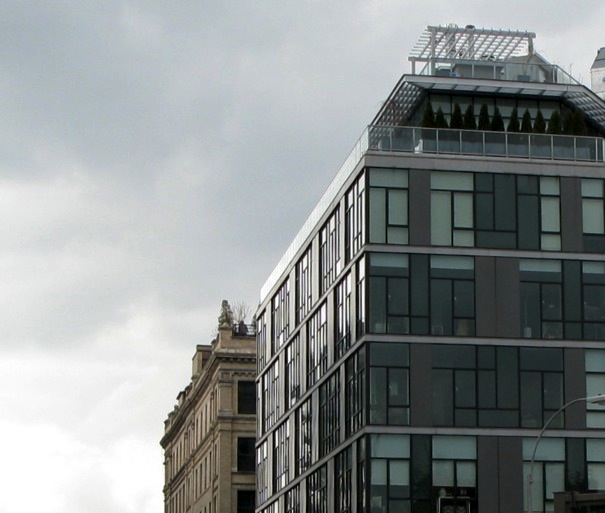 My High School Reunion is Saturday

2 thoughts on “Get on the Mediterranean Diet or DIE”