A few weeks ago I was feeling happy about Finney because I’ve been trying for at least two years to get him to lose weight, and he finally seemed to be getting a little thinner. I attributed that mostly to Bleeck who has been forcing him to be more active. He also just seemed happier, in spite of the constant workout due to the hurricane force-Bleeck.

But yesterday I picked him up and noticed he’s a lot lighter. He’s probably still bigger than most cats, but he’s definitely losing weight at too rapid a rate. Something is up. Also, his eyes look a little runny in this photo that I took just now. 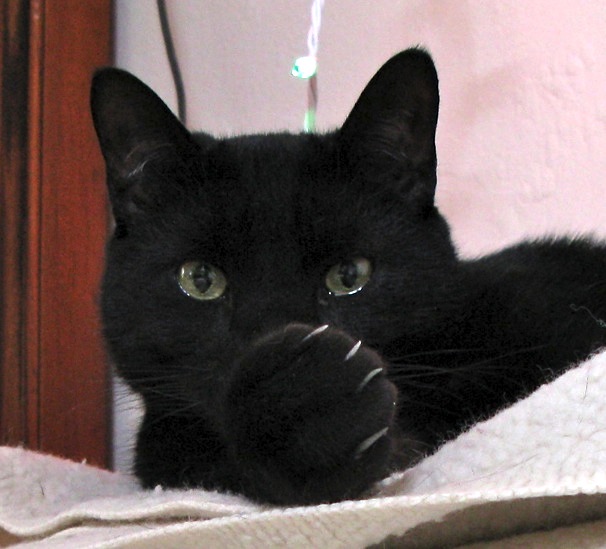 Pulling back, you can see that not far away is poor Finney’s constant shadow, the baby Bleeck. Finney is such a good cat, he is mostly tolerant, but Bleeck so desperately wants Finney to love him more. I feel for them both. Finney is in Buddy’s old spot, by the way. Maybe Bleeck is thinking entirely different thoughts. Maybe he’s just biding his time until that spot can be his. Anyway, we have an appointment at the vet this afternoon. 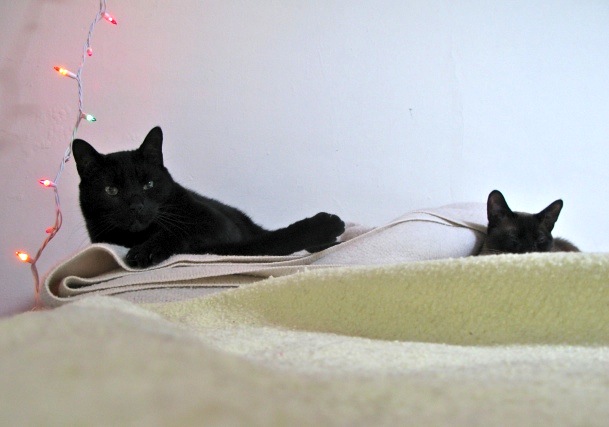