I was so hopeful when the FBI announced its initiative to work on cold cases from the civil rights era. Even though I watched from very protected eyes, the horror of that period has never left me. I was raised a strict catholic, and I thought everyone believed what I had been taught. From about ages 9 to 12 years old I saw hoses turned on black people, the pictures of the Little Rock Nine on the cover of Life, I learned about lynching, all the murders, Emmett Till, the murders of the civil right workers. And then, as if that wasn’t bad enough, to see just how many people didn’t think that it was all that horrible, and that the murderers of Emmett Till for instance, were never brought to justice, and that people like Carolyn Bryant (the woman he was “accused” of flirting with and who is still alive) have never expressed a single bit of remorse.

So this article in the New York Times about the results was heart breaking. It’s like I’m still that kid, looking around thinking, “what the hell,” and wondering how people could do things like this and how a jury of their peers could basically say it’s okay.

I spent yesterday morning researching Cal A. Hall, Jr., the murderer of farmer Hosie Miller, one of the cases the FBI picked up and which was covered in the article. I was looking for justice in some form, some shred, however small. I wasn’t able to learn a thing other than the fact that he died in 1976, his wife in 1994.

The worst part was learning that Hosie Miller’s daughter is Shirley Sherrod, who was forced to resign her position with the Department of Agriculture because blogger Andrew Breitbart had edited a video of her to make her look racist, when in fact she had transcended what happened to her father and grew up to help farmers both white and black. From an LA Times article, “You don’t fire a black woman from the South like that,” Wilburn said. “Don’t you know she had to go through something to get to where she is?” It makes the sins against her that much worse.

Breitbart is dead, he died very young, but this is never the justice I want. I want people like this to truly become aware of the wrongs they committed and to atone for them, to live a life making the world better. The justice I want is for bad people to become good.

St. Patrick Day balloons. I took this from my veterinarian’s office yesterday. A weird juxtaposition I know. 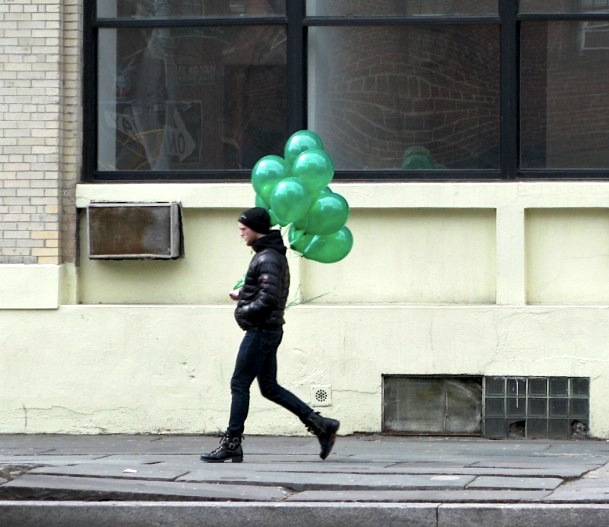 2 thoughts on “Cold Cases to Break Your Heart”