I swim in a city pool and they have this thing where you’ll win a tshirt if you swim 25 miles in eight weeks. I thought it was 24 and I’m quite put out about this extra mile, but I’m still in. I want that tshirt. And I hope it says on the front, “Give me a million dollars because I just swam 25 miles, damnit.” The back should read, “And cake. Again, because 25 miles.”

This is the pool where I swim, the former Carmine Street pool, now the Tony Dapolito Recreation Center. According to the people running the contest a mile is 112 laps in this pool. I did the math and it’s really 105.6, but they didn’t want to listen to me so 112 it is.

By the way, can I just say I don’t think most people “do the math” in life. Because if they did they wouldn’t be signing up for a lot of these insurance programs that are out there, for instance. I’m looking at you, dental insurance companies. 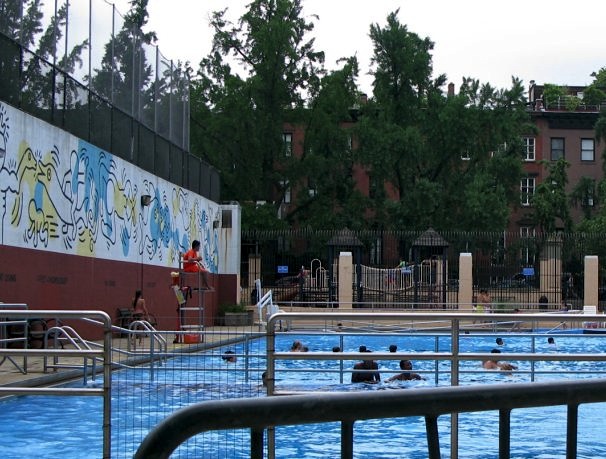 I Think I Need a Movie