I just heard about a new choral radio program, Re-Choired Listening, and I thought I’d post a list of all the choral radio programs I know about. If you know of a program that I’ve missed please let me know and I will add them. These are in no particular order!

Choral Arts Classics is hosted by Tom Hall, who is the Director of the Baltimore Choral Arts Society, and it airs at 9pm on the last Tuesday of each month between September and April.

Great Sacred Music, Sundays from 8 to 11 am EST with Rob Kennedy on WCPE.

Choral Mix with choral conductor, professor and organist Kent Tritle
WQXR, Sundays, 7am and 11am.

The Sacred Concert with director of the American Bach Soloists Jeffrey Thomas
KDFC, Sundays, 7 – 9am.

The Choral Channel in partnership with Chorus America
This is a 24 hour online stream.

Sounds Choral, hosted by Marjorie Herman, on WWFM, the Classical Network, can be heard a number of ways, outlined here.

The Empire State Building peeking up behind the wreckage of the former St. Vincent’s hospital at 11th Street and 7th Avenue. 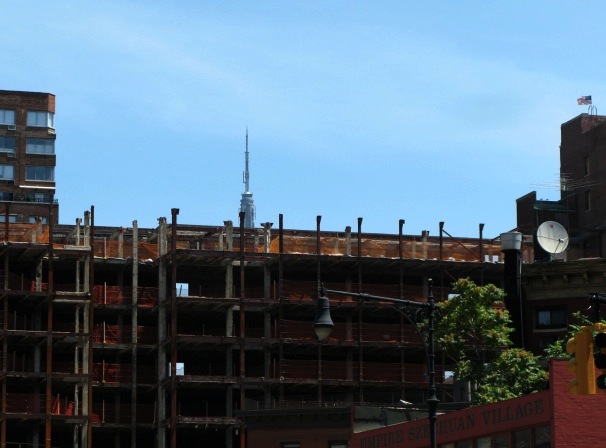 Bodhi and Bali’s Home During the Day

2 thoughts on “Choral Music on the Radio”