It’s funny, but in radio interviews I kept talking about a video people should watch to see the powerful effect of music. This is the one I was talking about, it’s of a man in a nursing home hearing music from his youth. I totally forgot it’s part of a project I contributed to called Alive Inside. I’m very proud to have helped get this project off the ground (well, soon to be off the ground).

You have to watch this video, to see the before and after effects of music, it’s incredibly moving. I picked the pledge where they deliver an iPod to an elder who needs it, after a “consultation to set up their playlists with the songs that touch them the most.” Because who wouldn’t want to give that kind of gift to someone after watching what happens when you do??

Last weekend in Union Square everyone was going around with turbans on their heads because these guys were showing them all how to put them on and wear them. I loved seeing everyone so fashionably coordinated. 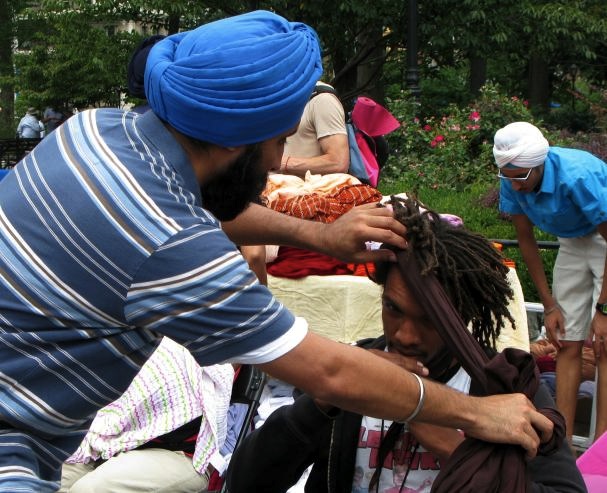 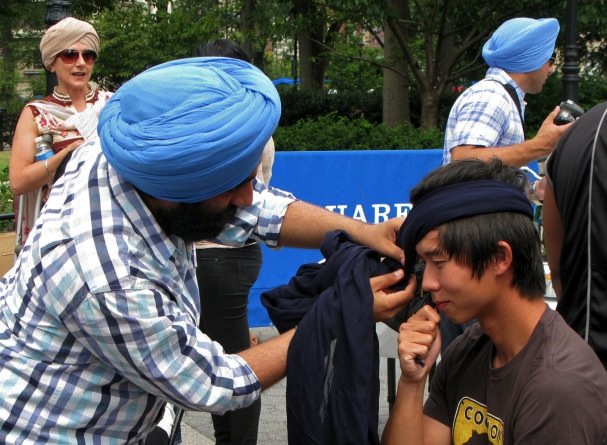 Is singing Brahms Requiem a good thing or a bad thing?