A lot of people like football, I take it. These people were in front of a stage set up on Broadway, many waiting for autographs from I don’t know who. I want to say … football players? 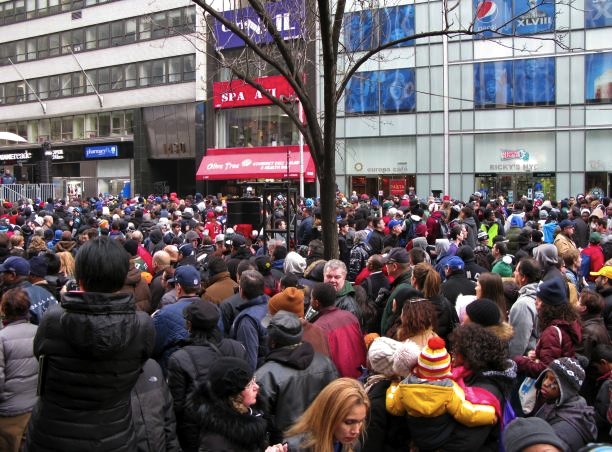 Also set up on Broadway was this giant slide. There was a slide like this at a place called Adventurer’s Inn out on Long Island, except we’d go down it on burlap bags. I loved that slide. I’d go down it over and over. Adventurer’s Inn is long gone and it would have been so much fun to go down this slide, but as you can guess, there was a monster line. 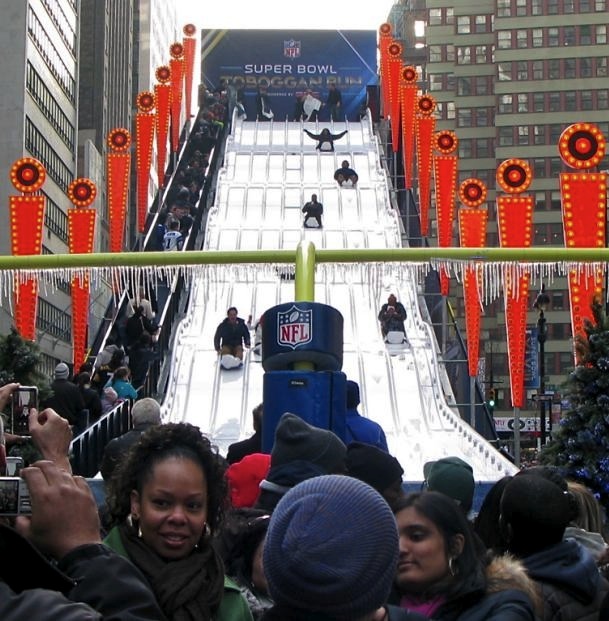 I turned around and took a picture of the crowd watching, and sure enough, that one kid is looking at me like I’m some creepy stalker person. 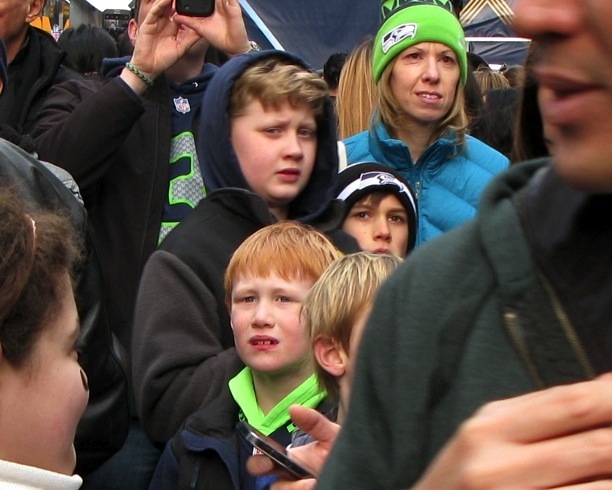 Heading Out to Choir Rehearsal

I Don’t Know About the World Ending, But It Sure Is Pretty