Do I know how to post the hard news or what? Like most writers these days, I have to be a very very careful spender. So when my sunglasses broke in several places and could not be repaired I worried about finding an affordable pair to replace them. I need prescription glasses so cheap pharmacy glasses were out of the question.

Warby Parker to the rescue. I got these for $150. A great thing about Warby Parker, for every pair of glasses sold they donate a pair to someone in need! How can they afford to do that, and what a wonderful thing. I’ll post pictures of them in action when I have them.

About the picture below. There are a number of stores in my neighborhood which sell insanely high priced handbags and display them like works of art, which many of them are actually. They’re just incredibly beautiful. I don’t like to carry bags actually, so I’m never tempted. But like a painting in a museum I know I will never possess, I still like to look!

I took this picture because this handbag store was a gallery previously! And before that a firehouse, after sitting abandoned for a long time. Except, maybe people were living in there at the time, I don’t know.

How much do you think those two bags in the window cost? Should we all make a guess and I’ll find out later and see how we did? I honestly don’t have a clue. I’m going to say … $500. 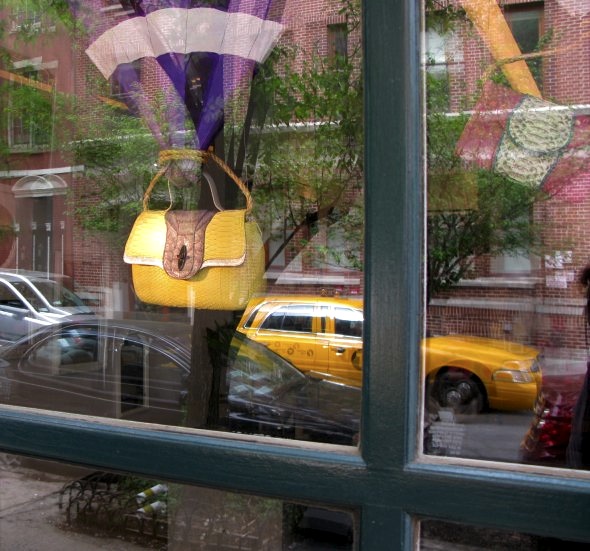 6 thoughts on “My New Sunglasses are Arriving Tomorrow!”