Heading home this afternoon I walked straight into a wall of people. “What are you here for?” “Gold Rush Rally!!! WOO!!” “25 million dollars worth of cars are about to drive by.” “WOO! WOO! WOO!” Well, okay. That’s not something you see every day. I stayed to watch. Pictures and a short movie follow. This all took place on Bleecker Street and I’m standing near Perry. 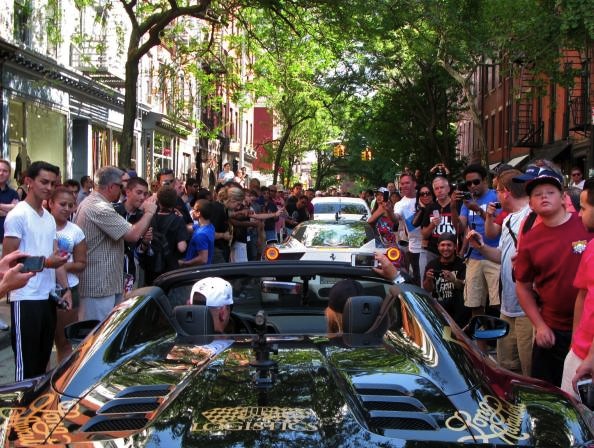 One of my neighbors (I’m guessing) making a quick exit. The cars kept revving their engines and it was ear-piercingly loud. 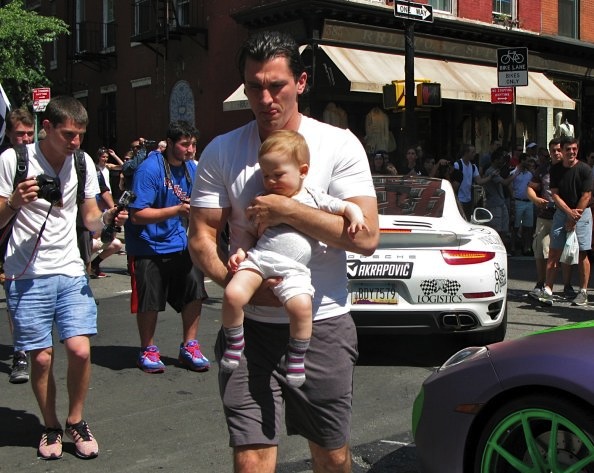 This woman was giving away wrist bands. “I’m sorry! I don’t have very many!” 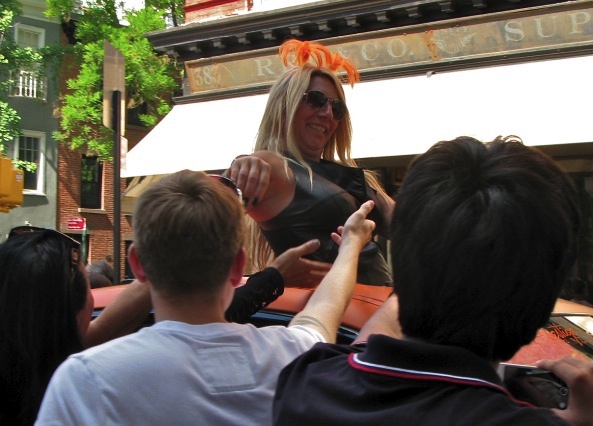 Totally missed by everyone who was focused on the cars, was Laurie Anderson. 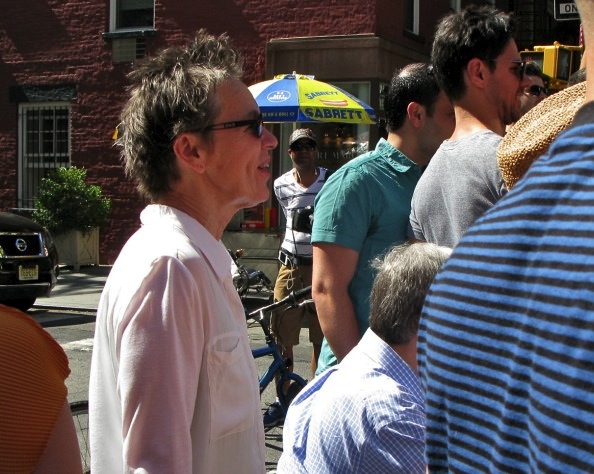 When this car drove up the crowd went absolutely NUTS. I quickly learned this woman was Concubine. That’s because everyone around me was screaming, “CONCUBINE!” “CONCUBINE!” 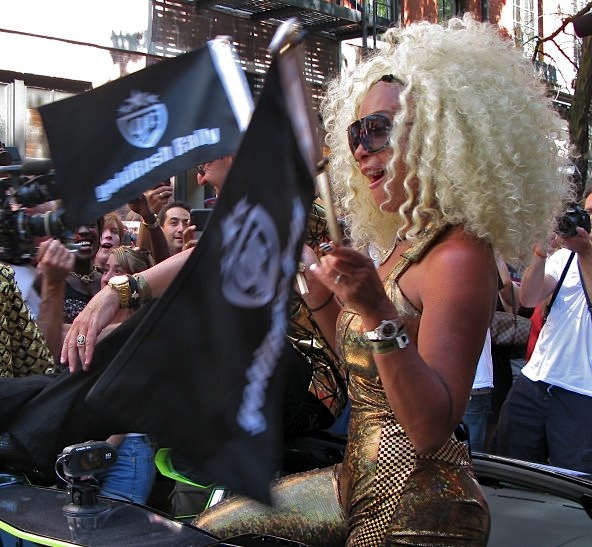 The man on the right is the driver of that car, Bryan Salamone. I googled him and learned that he was driving to raise money for the Sisters of St. Francis, a charity that was established to end human trafficking in Zambia. So, Bryan is a nice guy. 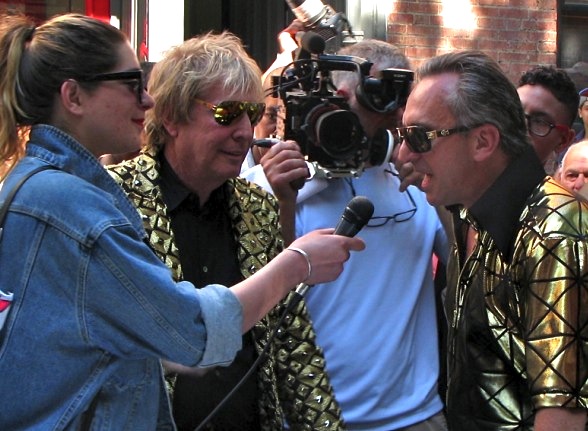