I like to stop and read the plaques on park benches. The one below was dedicated to newspaperman Dennis Duggan. I googled Duggan and read his ode to the Lion’s Head, a bar in my neighborhood that I used to go to on occasion that’s now closed. His essay described a newspaper world gone by and it was particularly poignant after having just read David Carr’s Print is Down, and Now Out. I’ve been riding this wave of nostalgia about print news ever since re-reading Winter’s Tale by Mark Helprin. There were some beautiful passages about working at a newspaper in that book.

But now it’s time to lay a wreath and fully embrace the new world that the kids today will be mourning the loss of in the not too distant future. (I say “fully” because I already love it.) (PS: I won’t miss the sexism. Which I’m pretty sure will still be around for a while to come.) 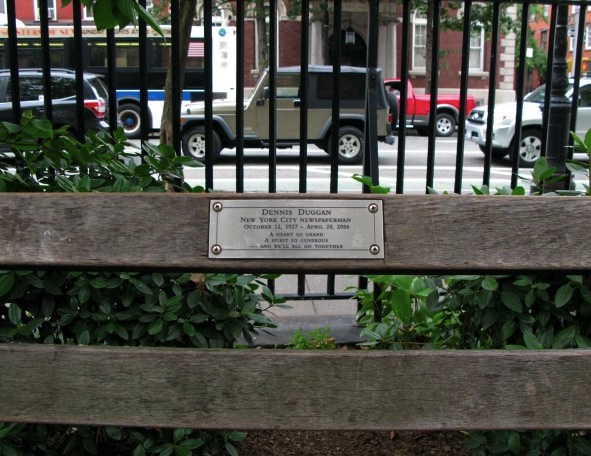 Animals Will Break Your Heart

Candy is Dandy When Liquor is Out of the Question