I went out to Staten Island this afternoon to attend the We Will Not Go Back March, organized by the National Action Network. The march was against police brutality and in support of the family of Eric Garner, who died last month after being placed in a chokehold by the officer arresting him.

I probably would have attended anyway, but as it happens, in the course of my research at the Municipal Archives I came across a series of police memos about the deaths of young black men in the 1930’s. The cases they described read as if they happened today. The response from the police commissioner at the time was especially heart-breaking. He refused to do a single thing, not one single thing, to address the problem. So when I saw a post about the rally I headed to the ferry.

I got pictures of the more well-known speakers, but my favorites were of the people in the crowd. 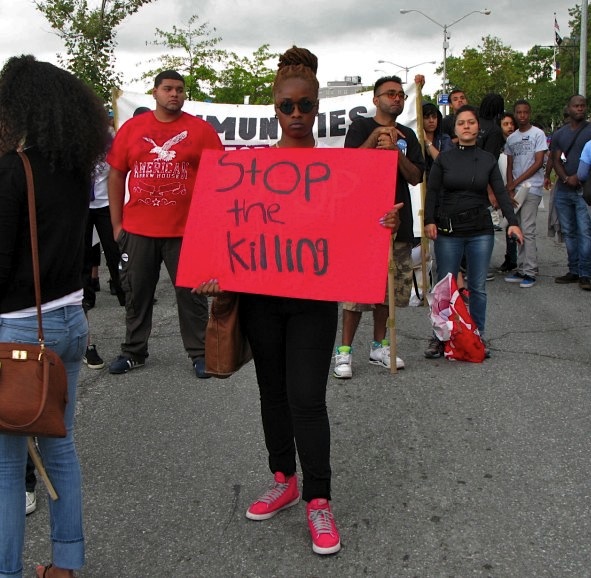 Thousands of people were there, but I don’t like being penned in (how the NYPD handles crowds) so I stayed on the outskirts. It allowed me to get better shots though, I think. 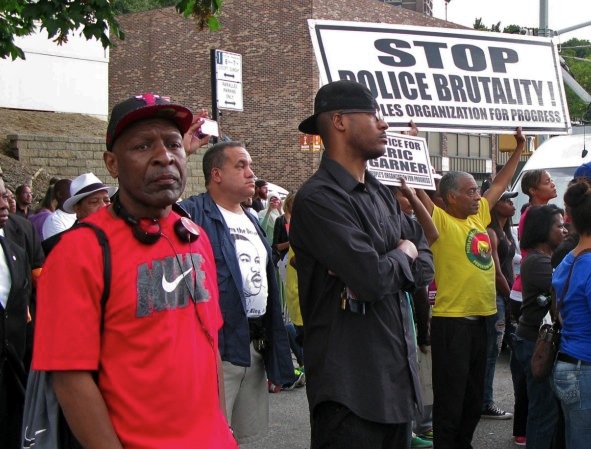 I took this shot because of the Emmett Till/Trayvon Martin tshirt. The woman Emmett Till whistled at is still alive, by the way. I would like to interview her before she dies. She has never expressed remorse. 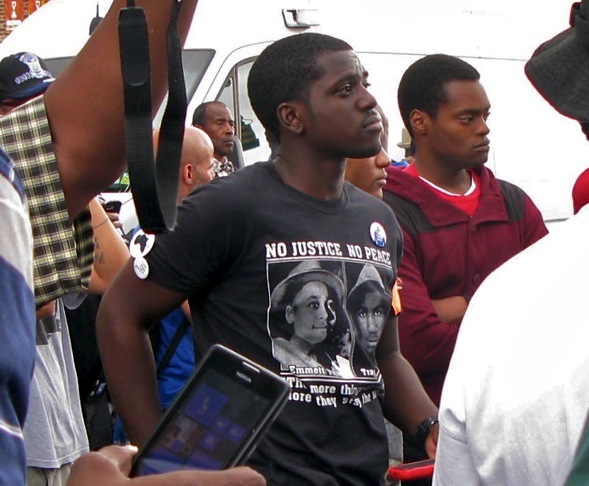 A lot of men wore suits to the protest, I noticed. There was something very touching about that. 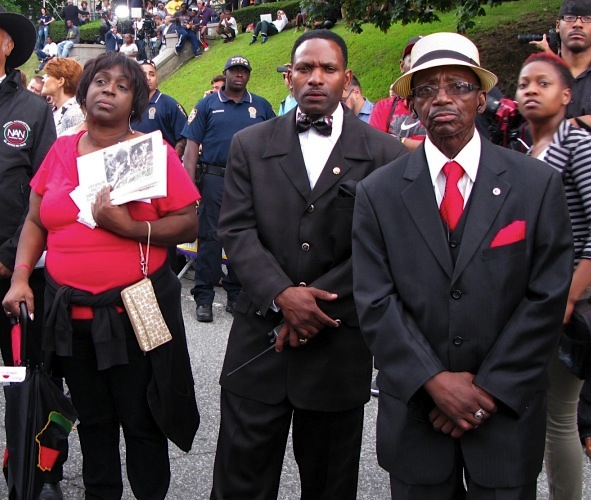 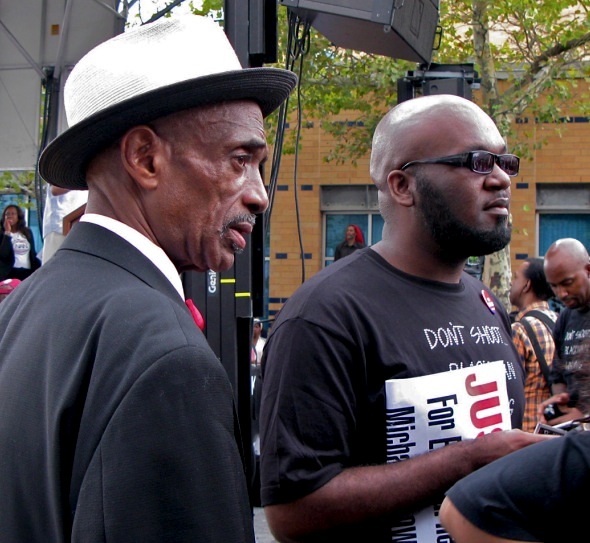 I got to the rally late, and missed some of the speakers. But I heard the mother of Amadou Diallo, who talked about the fears of mothers of sons. I’ve never had children but I looked at the faces of the young men around me. Who couldn’t understand the fear and heartbreak she described?? 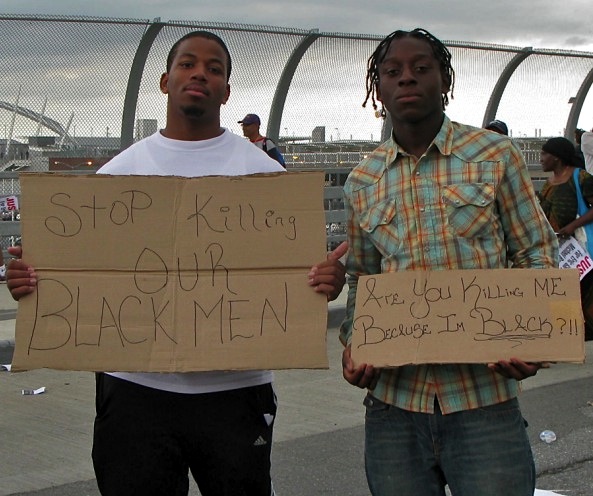 I confess I had to google the people named in the signs. Harry T. Moore was the founder of the first NAACP branch in Brevard County, Florida. He and his wife were murdered by the Klu Klux Klan on Christmas in 1951. If there is a God, I wish I could hear what his son has (or had) to say to the murderers. “Let me get this straight. You thought murdering innocent people on my symbolic birthday …” 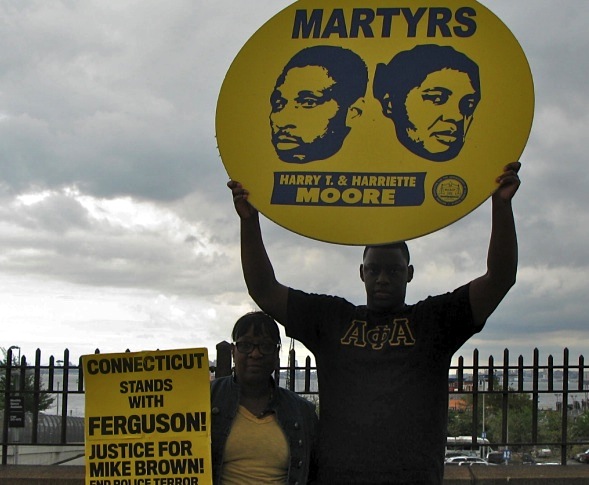 I saved this picture for last because this speaker got to me the most. I left my bag at home, so I didn’t have anything to write down his name. I’ll update this post when I get it. He’s retired NYPD, and he made a very moving demand.

While I was listening to him speak I kept thinking, “This guy has witnessed some very bad things.” 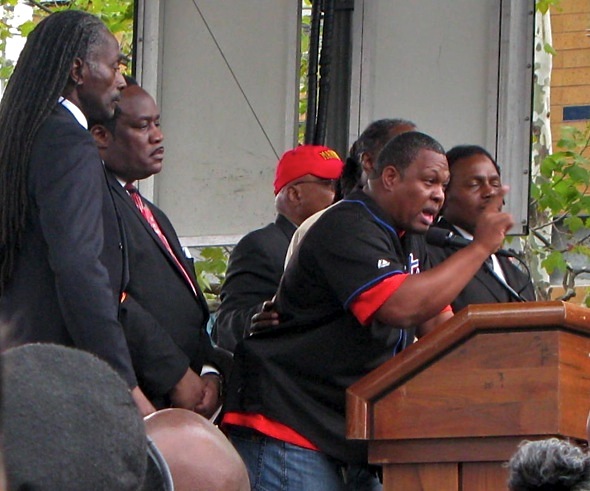 Who doesn’t love a dog in the library?

William Kaelin, Jr. I have a ridiculously smart and accomplished cousin!