Yesterday I passed by a protest organized by a group called The Stop Mass Incarceration Network. From their website:

“The Stop Mass Incarceration Network is building a movement to stop the injustice of mass incarceration and police brutality; and the racially biased policies and practices of the police, the courts and the U.S. legal system; and to support the rights of prisoners and the formerly incarcerated. We call on all to join us.”

These movements are so necessary. The system is unfair. As far as I know, and there must be statistics, whites do as much drugs as blacks, why aren’t they jailed to the same extent? The repercussions from white collar crime are certainly more far reaching and devastating, why don’t the police throw them against cars or the street, and drag them off to jail?

There were a lot of names on this poster that these women were carrying. 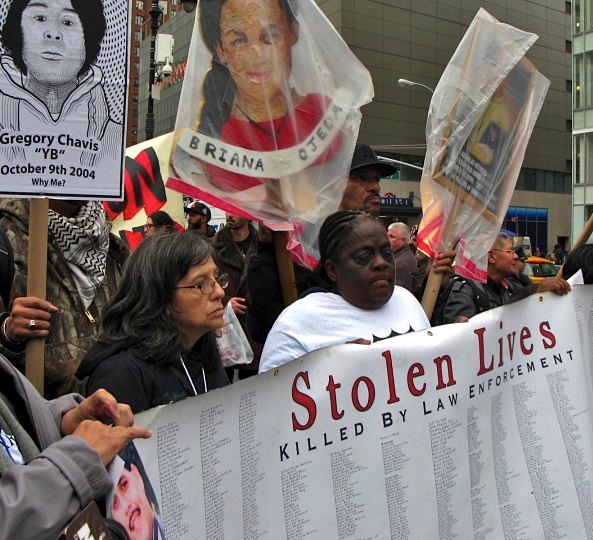 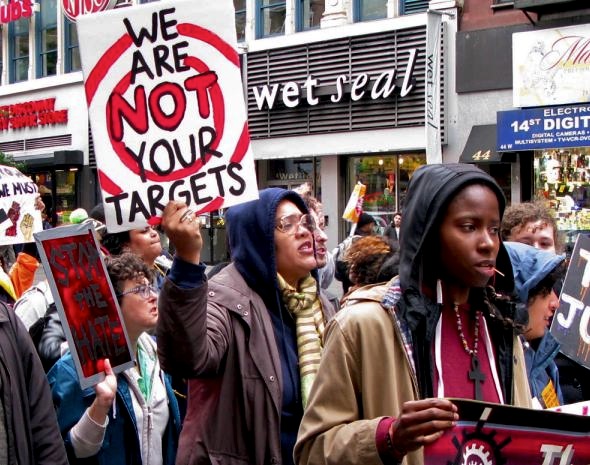 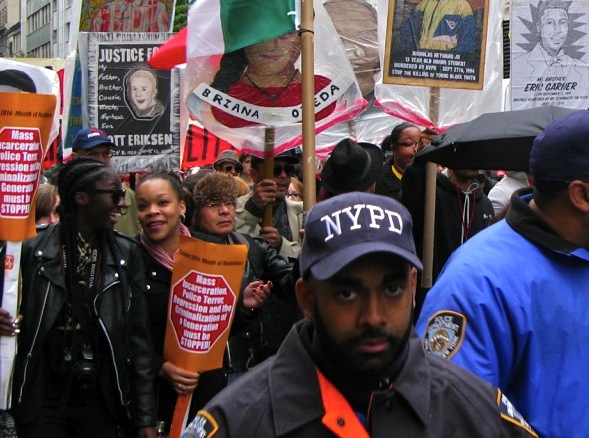 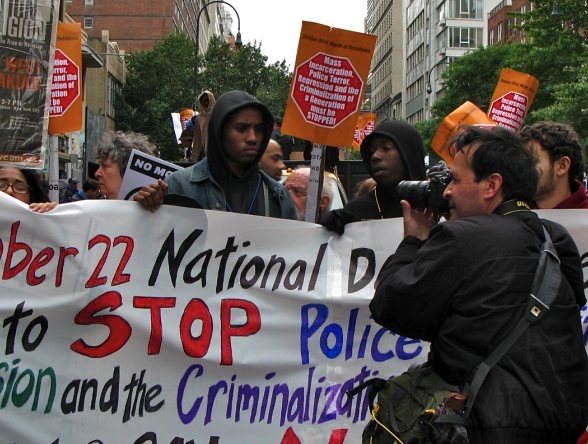 I didn’t see whether or not this soldier took the card this woman was offering. 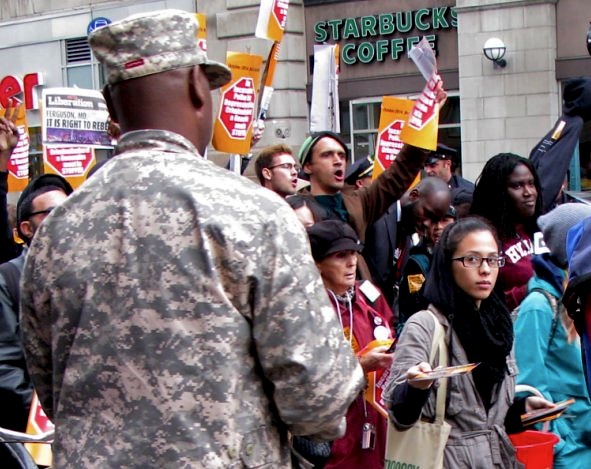 I Rejoiced Too Soon

In Search of Descendants of Julia Northall Bodstein